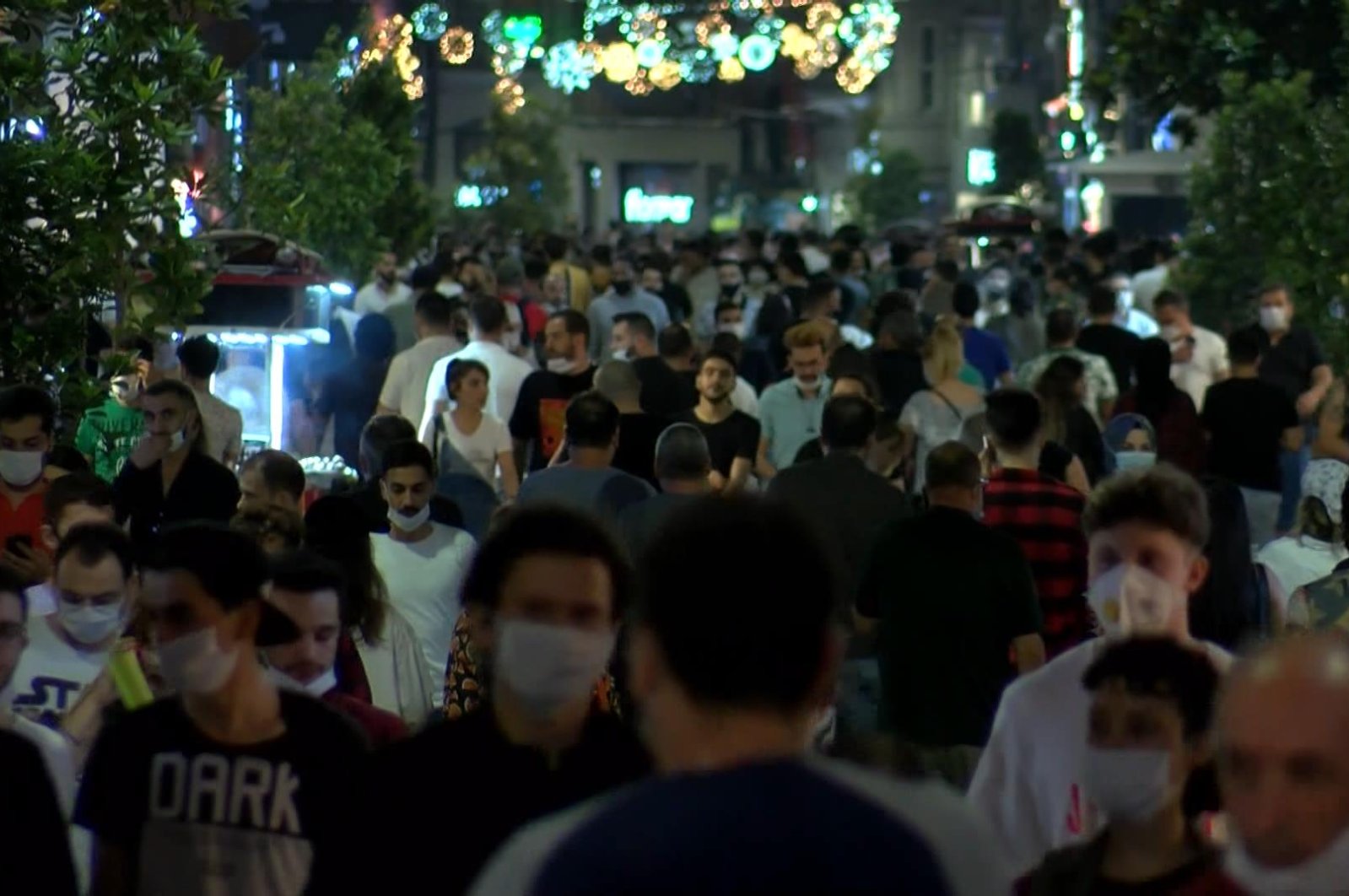 Despite recording a troubling increase in daily new infections after easing coronavirus restrictions, Turkey has managed to keep the coronavirus outbreak in check as recoveries make up more than 85% of all COVID-19 cases in the country

It was March 10 when Turkey announced its first confirmed coronavirus patient. At the time, Ankara’s early efforts to keep the virus at bay were lauded by the international community as all of the country’s neighbors had already reported their first cases.

The country managed to hold on as long as it could, while Iran was on its way to becoming the Middle Eastern epicenter of the virus.

Nevertheless, the inevitable occurred, and Health Minister Fahrettin Koca confirmed the first instance of the virus in the country.

Now, 110 days after Koca’s first announcement and more than 3 million tests later, Turkey has managed to nurse more than 85% of its coronavirus patients back to health.

According to the Health Ministry’s latest data, Turkey’s total COVID-19 cases stood at 195,883 as of Saturday, with the number of patients who beat the disease totaling 169,182. Meanwhile, the death toll from COVID-19 stood at 5,082, and the total number of tests carried out increased to 3.23 million, with more than 45,000 conducted in the previous day.

While the death toll and the total number of cases were not insignificant numbers, the Health Ministry’s figures showed that less than 15% of the cases remained active, thanks to the country’s expansive health care system and Ankara’s decision to offer free COVID-19 treatment.

Despite being on an upward trajectory, the large rate of recoveries came at a time when Turkey recorded an uptick in daily infection rates.

The surge worried many citizens trying to return to their normal daily lives across the country and quickly shifted the focus from the outbreak’s potential end to a possible second wave of infections.

But the health minister dispelled such doubts, saying the numbers were fluctuations and not the much-feared second wave.

“We can definitely say we are not experiencing a second wave. What we are going through is the aftereffects of the first wave. We are observing local fluctuations,” Koca said in his press conference last week, as he explained the country was still in the first wave of the outbreak.

But Koca and experts at the country’s Coronavirus Science Board warned the surge in new infections was not to be ignored, and continuation of the increase could mean a serious setback in the fight against the outbreak.

One such warning came from professor Seçil Özkan, a member of the Coronavirus Science Board, who warned that new infections would continue to increase as long as people ignore rules and precautions.

Recalling that Turkey had experienced its first peak during the height of the country's coronavirus crisis when daily infection rates were reported as high as 5,000, Özkan warned noncompliance with rules could lead to a second peak.

“Precautions include masks, social distancing and hygiene. Masks have become mandatory to wear in a majority of the provinces. And it helped. When I look around, I see everyone wearing masks, but the problem is people don’t wear them properly. We need to learn how to put on a mask properly. If we don’t, infections will rise and people might die. We need to adapt to a controlled social life,” she told Demirören News Agency (DHA).

Explaining that summer makes it slightly easier to deal with the outbreak as people have more room to stand apart outdoors, Özkan warned things will take a turn for the worse in winter if proper mask use is not adopted by then.

“In winter, people will naturally get stuck in indoor places and be closer to each other. If a vaccine or a drug can’t be manufactured by then, we need to learn how to practice these precautions to best prepare ourselves for winter,” she said.

“We have been warning people to practice social distancing everywhere when outside, but we have been seeing crowds in mass transit vehicles, popular streets or other areas. It shouldn’t happen,” she also stressed.

A scene similar to what Özkan was criticizing was witnessed in Istanbul’s famous Istiklal Street near Taksim Square on Saturday.

Hours after the Interior Ministry lifted the partial curfew imposed for the university entrance exam held across the country, Istiklal Street was overcrowded with shoppers, jaywalkers and the like.

While many of those on the street were seen wearing a mask, the majority were either wearing their masks improperly or not at all – despite Istanbul being one of the provinces where mask use was declared mandatory.

The crowd on Istiklal Street and in Taksim Square was not an exception, however.

Within days of the lifting of restrictions, social media and news outlets became awash with scenes of people gathering in large crowds, with many of them not wearing a mask and standing dangerously close to each other.

In an attempt to dissuade people from forming crowds, Koca and other authorities issued repeated warnings that the threat of the coronavirus still lingered, even if things appeared to improve. The minister has even resorted to sharing such scenes on his Twitter account to point out how continued disregard for precautions was not helping anyone but the virus itself.

However, the latest scenes on Istiklal Street have shown some continue to turn a deaf ear to warnings – no matter many times authorities and experts repeat them.