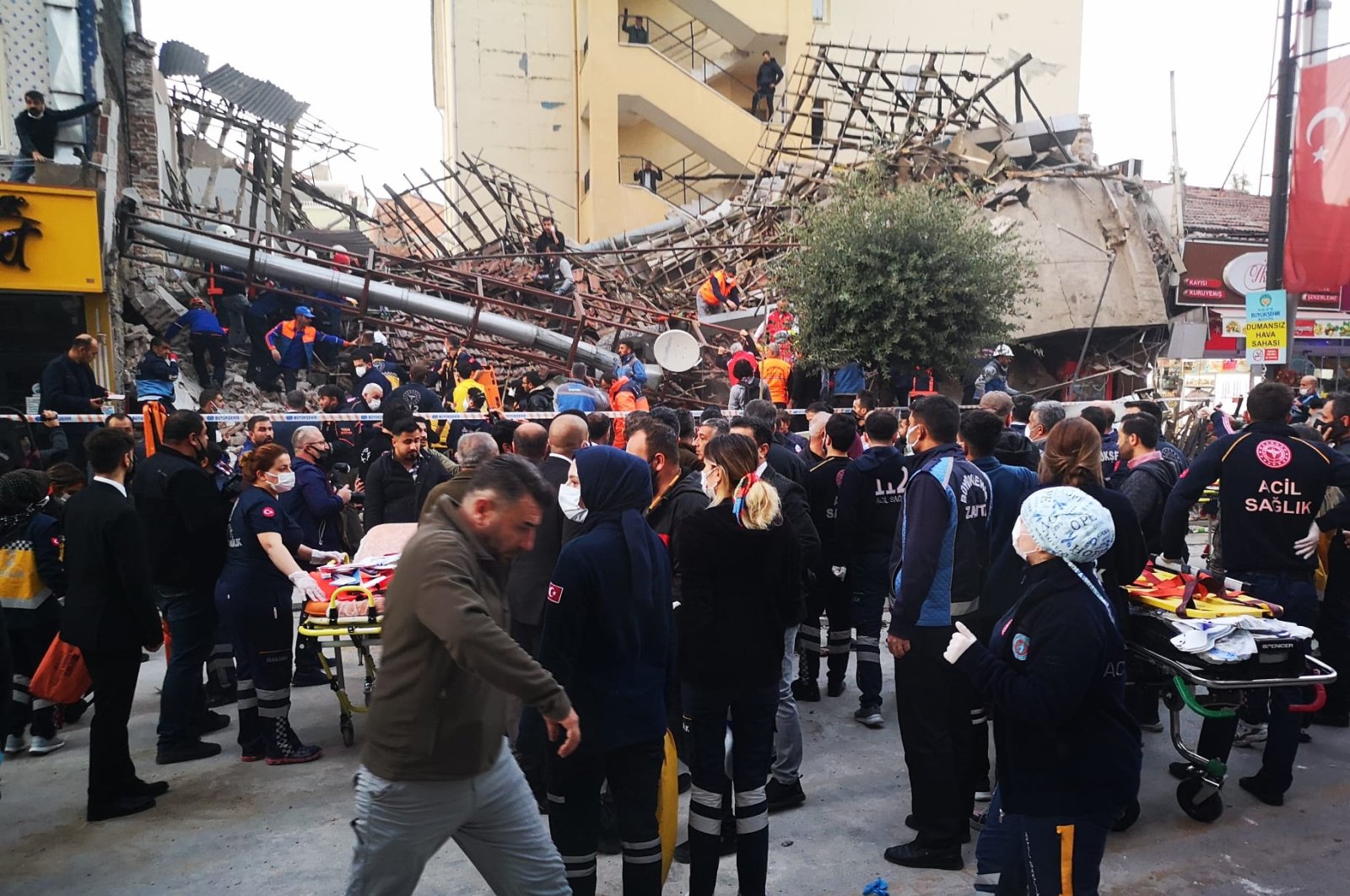 Search and rescue personnel and citizens are seen in front of a collapsed building in Malatya, eastern Turkey, Nov. 9, 2021. (DHA Photo)
by DAILY SABAH WITH AGENCIES Nov 09, 2021 5:55 pm

A two-story building collapsed in eastern Turkey's Malatya on Tuesday. According to a statement by the local authorities, Disaster and Emergency Management Authority (AFAD) rescued at least 13 people from the rubble so far from the collapsed building and 10 still remain missing.

Search and rescue efforts are still ongoing to rescue the remaining people believed to be trapped under the rubble.

Health Minister Fahrettin Koca said in a statement that nearly 30 ambulances have been dispatched to the area so far.

The incident occurred on a busy street in the city of Malatya as residents filled shops on their way home from work.

Witnesses and media reports said the building crumbled during planned renovation work that resulted in damage to one of the walls separating two of the ground floor restaurants.

"I heard a crack first and then the building collapsed. A cloud of dust emerged. It was like judgement day," witness Turhan Çobanoğlu told Habertürk television.

The building had a coffeehouse along with other shops on the ground floor, increasing the chances of casualties as more people were present at the time of the collapse.

CCTV footage of the collapse showed the building suddenly crumbling, shooting up a huge cloud of dust. A car parked in front of the building sped off while passers-by rushed to help those trapped under the rubble.

Malatya Governor Aydın Baruş told Anadolu Agency (AA) that those pulled from the rubble so far were only slightly injured.