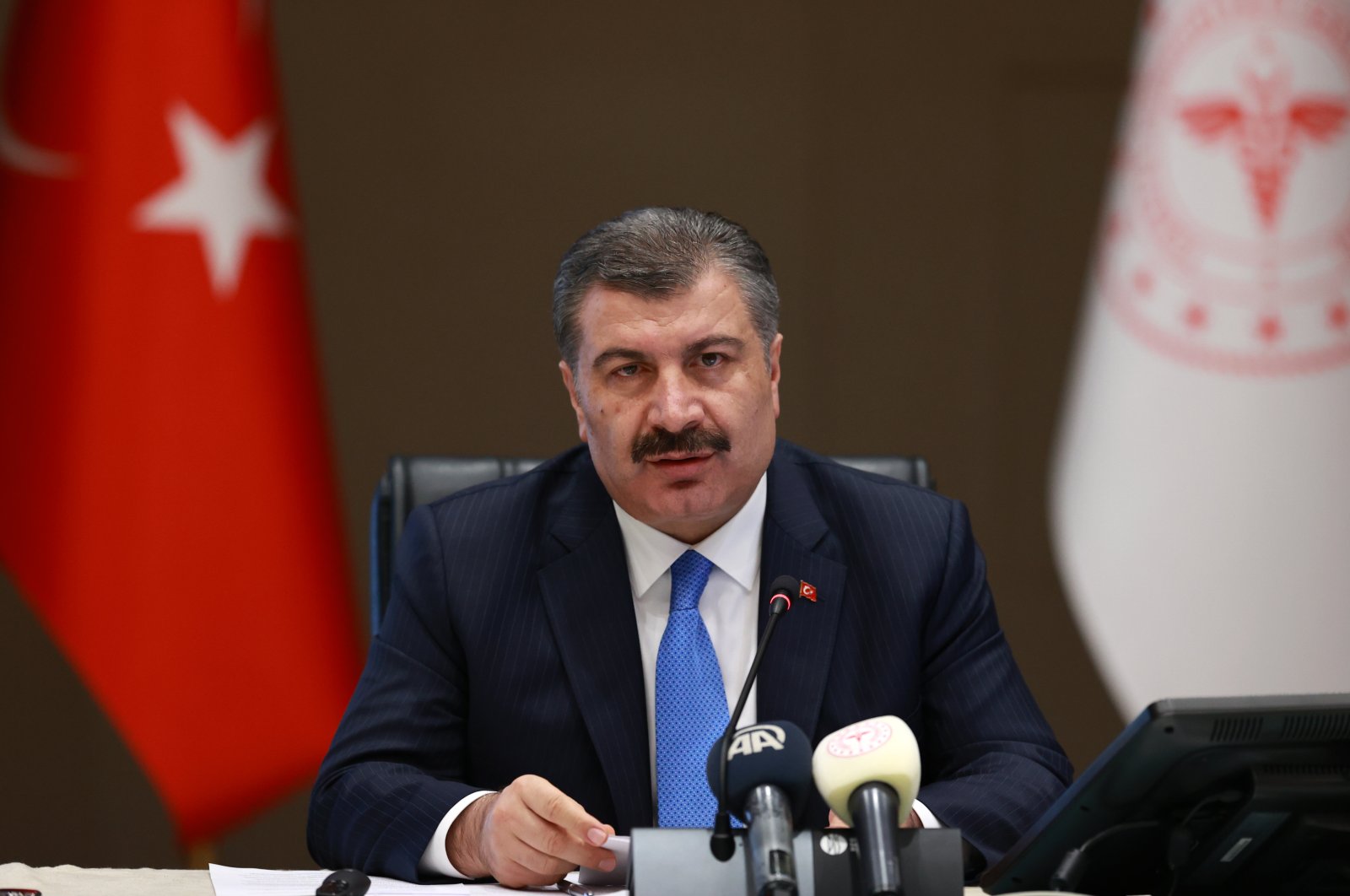 Some 1,304 people tested positive for COVID-19 in the past 24 hours in Turkey, bringing the total caseload to 184,031, Health Minister Fahrettin Koca said Thursday.

In the meantime, 21 people died and 1,382 more patients recovered, Koca added. With this latest update, more than 156,000 people have recovered from the disease in Turkey so far.

We carried out 48,412 more tests within the past day, the minister said, taking the total number of tests to more than 2.82 million.

Turkey has seen an upward trend in the daily number of infections after cafes, restaurants, gyms, parks, beaches and museums were allowed to reopen, inter-city travel restrictions were lifted and stay-at-home orders for the elderly and young were eased at the beginning of June.

Experts have attributed the rise in the number of infections to large gatherings such as weddings, funerals and parties to send off new conscripts to their military service. Turkish media have been filled with reports of people ignoring social distancing precautions at such gatherings.

The daily number of infections has climbed to around 1,500 in the past five days after hovering around 800-900 the week before.

Earlier on Wednesday Istanbul, the capital Ankara and the northwestern city of Bursa joined 45 provinces in Turkey that have made wearing face masks in public mandatory after the Health Ministry warned of a steady rise in COVID-19 cases in those cities.

Wearing masks is already obligatory in a large number of enclosed spaces, from supermarkets to restaurants, but authorities have been laxer in enforcing masks outdoors. Police often stop and warn people without masks.

Minister Koca and other government officials have repeatedly called on the public to wear masks, avoid getting too close to each other and be careful about personal hygiene in a bid to curb the pandemic.

The country had enforced a series of measures to curb the virus’ spread, from curfews to the closure of public venues like restaurants and cinemas, instead of total lockdowns. An army of contact-tracers, ample testing and isolation had helped Turkey control infection rates.