2 in 1: New Turkish IDs to serve as driver’s license 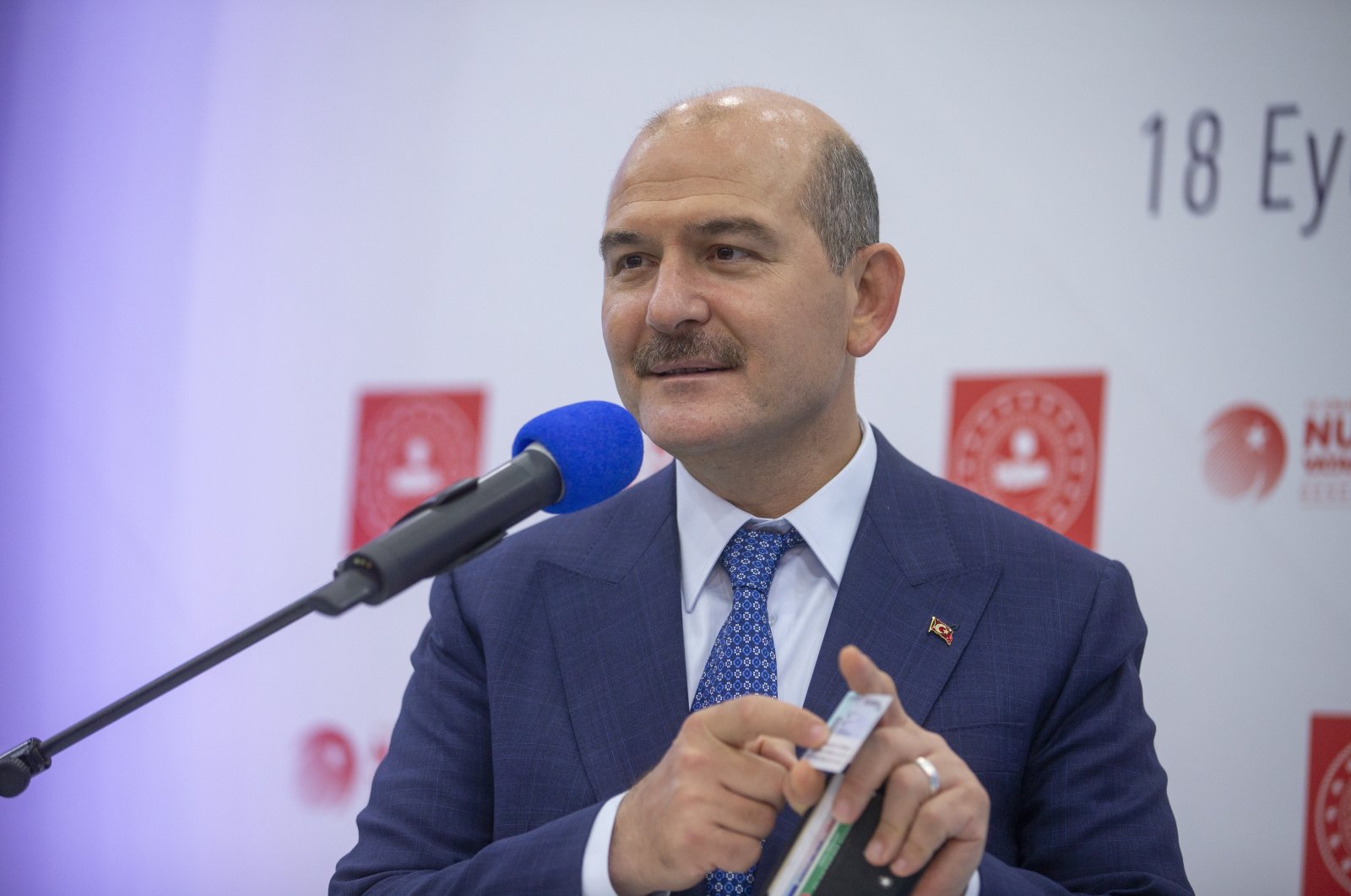 Interior Minister Süleyman Soylu shows his ID card as he explains the details of "Your Life is Easier with Your ID" project in a press conference in Ankara, Turkey, Sept. 18, 2020. (AA Photo)
by DAILY SABAH Sep 18, 2020 2:47 pm
RECOMMENDED

The electronic identification cards introduced by Turkey back in 2017 will start serving as a valid driver’s license as of Sept. 21, Interior Minister Süleyman Soylu said Friday.

Speaking to reporters on how the process would unfold, Soylu said every cardholder would have to make an appointment with their local civic registry offices to have their identifications updated before they could be accepted as valid drivers licenses.

"You will still have to have a driver's license, but the idea is you won't have to carry it around and show it to a police officer if they pull you over. Police or gendarmerie officers will be able to check your driver's license with a cell phone, tablet, a barcode scanner, or other such devices," Soylu said.

"Anyone applying for a new ID card will be asked whether they want their driver’s license linked up with it as well. If they wish, we can do two things at once. Once the ID is sent to them, the card will immediately start serving as two official documents," he said.

The minister added that the "digital signature" feature, already embedded in the ID cards, would be enabled next year, with the necessary infrastructure already in place.

Soylu said the feature would stop ID-related fraud and would expedite verification processes at government institutes, without elaborating further.

A government project, "Your Life is Easier with Your ID," plans to gather an individual’s all identification and licenses into one single card, which might even serve as a debit card in the future.

Praising the project and steps to digitalize paperwork, Soylu said the recent changes to the process of issuing ID cards, driver’s licenses, or passports save a significant amount on both the government and the citizens’ sides.

According to Soylu, the overall process to apply for a new ID or driver's license takes only eight minutes on average, compared to hours if not days if someone tried to apply for both at once.

Since their introduction, more than 58 million of the new ID cards have been issued, while the new driver’s licenses that were introduced in 2015 have been printed more than 10 million times, he said.