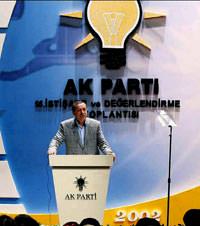 Turkey's prime minister has again accused Israel of "state terrorism" and called on the Jewish state to apologize and compensate victims of a raid on a Gaza-bound aid flotilla.

Recep Tayyip Erdogan said: "the Israeli government must apologize and compensate (victims) for the state terrorism in the ."

He was addressing members of his Islamic-oriented party at a weekend retreat Saturday. Eight Turks and one person with American and Turkish nationality were killed in the May 31 raid on a ship carrying pro-Palestinian activists trying to breach 's naval blockade of .

Relations between the two former allies have been deteriorating since 's war and hit a low point after the raid.

Last month, Turkish President Abdullah Gul refused to meet with President Shimon Peres in . The Turkish leader said that "we will not forgive for those killed in the Israeli attack on the aid flotilla, even if apologizes." His remarks were quoted by 's official news agency.
Associated Press
Last Update: Oct 18, 2010 4:10 am