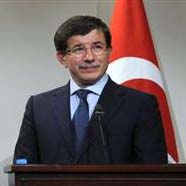 Turkey's foreign minister says he hopes the German president's recent comments about Islam now being part of Germany will help reduce xenophobia in that country.

Wulff sparked a debate in Germany by saying "Islam now also belongs to Germany" in a speech marking 20 years of country's reunification.

Davutoglu said Wulff's comments should pave the way for co-operation between Muslims and Christians in Germany. His comments were carried by the state-run Anatolia news agency.

Germany has long been home to a large Turkish community and their integration is expected to loom large during talks.