Davutoğlu to visit China for talks on boosting cooperation 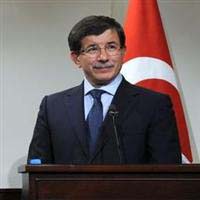 Foreign Minister Ahmet Davutoğlu will pay a week-long visit to China beginning on Wednesday, expected to be key to initiating tangible steps in line with agreements signed between the prime ministers of the two countries several weeks ago.

As part of his visit Davutoğlu is also going to attend the closing ceremony of EXPO 2010 in Shanghai and visit the Turkic Uighur-populated Xinjiang and Qashqar regions, the Foreign Ministry said in a statement on Friday.

Prime Minister Recep Tayyip Erdoğan announced Davutoğlu's visit to China following talks with Premier Wen Jiabao on Oct. 8. At their meeting Erdoğan and Jiabao signed a raft of agreements and approved the conduct of trade between China and Turkey in the respective national currencies -- which Erdoğan described as a "step that will help build [the] strategic partnership" between Ankara and Beijing -- while also committing to increase its volume to $100 billion by 2020. The level of trade between Turkey and China reached $14.2 billion last year, of which 80 percent is Chinese exports to Turkey, leaving Ankara with an $11 billion deficit. During Davutoğlu's visit, it is also expected that he will discuss regional and global issues with Chinese authorities. Turkey is a nonpermanent member of the United Nations Security Council, where China is one of the five permanent seat holders.