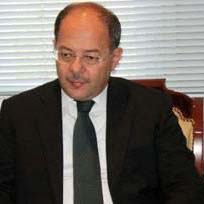 Turkey's health minister has unveiled a new program to make the country's health system much more accessible to everyone while upgrading the quality of services offered in hospitals and health clinics.

In a report titled "2010 Progress Report: Health Transformation Program in Turkey," Minister of Health Recep Akdağ said Turkey was recognized as a model country in carrying out huge reforms and practices in its healthcare system and that this was reflected in international reports published by health organizations. "We are not content with the progress we have made so far. We still have work to do. We have to expand the services we provide, and we have to move forward," Akdağ noted while explaining the details of the report. "The main idea behind the creation and the implementation of this program is to ensure that sustainable and well-qualified health care services are made available to everyone." Stating that he was charged with transforming the health-care system when he was appointed a minister in the Cabinet, Akdağ said the government had made remarkable structural changes in the system and received much support from the general public for this. Akdağ is one of only three Cabinet ministers who have kept their positions since the Justice and Development Party (AK Party) came to power in 2002. The ministry reviewed different systems abroad and created a country-specific model to apply reforms in the industry. The report describes the current situation in Turkey while listing the reforms undertaken by the ministry so far. "The progress Turkey has made becomes obvious when the current situation is looked into. Nevertheless, all this progress is not enough for us," Akdağ said. Practices carried out to improve the health care system were explained under the New Era in Healthcare Sector chapter in which the ethical and political foundations of the Health Transformation Program were established. This chapter noted that there has been a significant change in the understanding of the health care system and that strong emphasis was placed upon human health during the provision of heath care services. Practices carried out in this "new era" paved the way for a provision of a health guarantee to people from all social classes by putting into effect the General Health Insurance Law. Also in line with these practices, public hospitals were consolidated under a single roof, putting an end to the discriminatory practices in the provision of hospital services. The price of medicine was reduced with the implementation of the National Medicine Policy in line with the program. Hence drugs in pharmacies have become more accessible and affordable for people in need of medical help. The ministry also made progress on promoting the educated consumption of medicine. Personnel regulations were also updated to reflect transparency and to comply with a merit-based system when making appointments to vacant positions in public hospitals. To address the shortage of doctors and nurses, the ministry is working on proposals to improve education and training programs. Another chapter in the report was reserved for universal family practice in Turkey in 2010. The report deals with universal health insurance, the expansion of the provision of protective and basic health services, revamping emergency health care, emergency medical services during natural disasters, the prevention and awareness program for chronic diseases, a new approach to the battle with cancer, an effective fight against contagious diseases, and improving maternal and child health. In fact, both the World Health Organization (WHO) and the Organization for Economic Cooperation and Development (OECD) noted the progress made in the health industry in Turkey. An OECD report noted that Turkey is one of a few middle-income countries that could carry out such tremendous reforms during the first stages of the implementation of the Health Transformation Program. It said Turkey had begun to set an example "with the best practices in the health care system" to other countries.
CIHAN
Last Update: Oct 25, 2010 12:03 pm
RELATED TOPICS