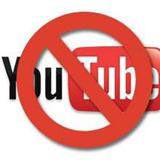 A Turkish court has reinstated a 30-month ban on the popular video-sharing YouTube website just days after it was removed, deepening a dispute over online free expression in the European Union candidate country.

ISTANBUL — Access to YouTube, a unit of Google Inc, has been blocked by the Turkish government since May 2008 after users posted videos Turkey says are insulting to the republic's founder, Mustafa Kemal Ataturk.

A court in Ankara on Saturday lifted the ban, which had drawn widespread criticism of Ankara's restrictive Internet laws, after a German-based firm at the request of Turkish authorities removed the videos by using an automated copyright system designed by Google to protect copyrighted material.

YouTube later said it had reinstated the videos, arguing such videos did not violate users' copyright.

But a separate court in Ankara ruled that the ban should be reinstated, this time over a secretly taped video purportedly showing the former chairman of the opposition, Deniz Baykal, in a bedroom with a female aide, state news Anatolian said on Tuesday.

Guleser Aykara, a spokeswoman for the Telecommunications Board, said it was notified of the new ban on Tuesday and would make a decision by Thursday on whether to implement the ban.

"YouTube could restrict access to prevent Turkish users from watching the videos, but may keep it accessible to other users. YouTube may not reply or may decline our demand, in which case access will be banned once again."

Google representatives said they were checking the reports and had no immediate comment.

MORE THAN 5,000 SITES BANNED IN TURKEY

"The YouTube controversy should not eclipse the extent of online blocking and censorship in Turkey, or the arrests and prosecutions of bloggers and netizens," RSF said in a statement.

"Thousands of websites are blocked, in most cases for criticizing Ataturk or the army, for perceived attacks on the nation's 'dignity' or for referring to Turkey's Kurdish and Armenian minorities, taboo subjects in Turkey."

Analysts have criticized the ease with which citizens and politicians can apply under Turkish law to have an site banned.

Lawyers for Baykal, who resigned in the wake of the so-called "sex videotape," had asked a judge to ban YouTube citing a violation of personal privacy.

Turkish visitors to the YouTube site have been able to circumvent the ban by using proxy websites.

The YouTube ban has attracted particular criticism, and even President Abdullah Gul has used his Twitter page to condemn it, urging authorities to find a solution.

Google Inc's legal chief has called for pressure on governments that censor the Internet, citing China and Turkey, arguing that their blocking access to websites not only violates human rights but unfairly restrains U.S. trade.