Turkey claims success for its diplomacy at NATO summit 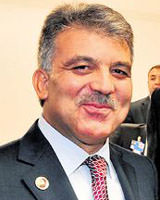 One leader happy about the increased influence of his country in the NATO alliance after this weekend's Lisbon summit is Turkish President Abdullah Gul.

Istanbul DPA - Ankara regards it as a major success story for its own diplomacy that Turkey's neighbour, Iran, was not specifically named as an enemy in NATO's decision on a missile shield for Europe.

Turkey does not want to see the region head towards another Iraq, Gul told journalists.

'We were worried, but now we are pretty satisfied with the results,' he said after the NATO summit.

As the only state in NATO which has a majority Muslim population, Turkey is intent on not letting itself be pushed into a hostile relationship with its neighbour.

For one thing, there are economic interests with the two countries intent on intensifying their trade relations in the years ahead, the dispute over Iran's nuclear activities notwithstanding.

In this aim, Turkey is now positioning itself as a hub for Iranian energy exports.

There are fundamental differences between Turkey and its western partners in NATO about how to deal with Iran and its mullahs. Turkish politicians have repeatedly resisted calls for punitive action in the dispute over suspicions that Iran aims to build a nuclear bomb.

Instead of sanctions or threats of a military strike, Ankara argues for dialogue with Tehran, even though upon closer scrutiny the two countries are also rivals in their region.

'The Persians invented the game of chess,' one leading Turkish diplomat commented. 'If you get into a game with them, then you have to play it all the way to the end.'

Turkey is pushing instead for a major coup - a new security plan covering the entire Mideast region. Among others, this would entail recognizing the borders between the Palestinian areas and Israel.

For Ankara, a new security framework must also include by necessity a clarification about the existence, and the exact numbers, of Israeli nuclear bombs.

The aim must be a nuclear weapons-free zone ranging from Iran to Israel, Turkish Foreign Minister Ahmet Davutoglu says. Turkey considers it an injustice that the western partners will not engage in the dispute with Israel on the issue that this would require.

However, Ankara has so far not been able to present any convincing success stories in its own Mideast mediation efforts. Diplomats say Turkey is becoming more important, yet is also prone to overestimating itself and its own clout.

Now that the erstwhile good relationship with Israel has dramatically worsened, and Ankara at the same time has made fraternal gestures in Tehran's direction, there have even been some doubts voiced out loud about Turkey's reliability as an alliance member.

But in Lisbon, at least, the bonds between Turkey and the West were shown to be robust, the left-liberal Turkish daily Radikal commented on Sunday. Any talk about Turkey drifting away from the West has no future.