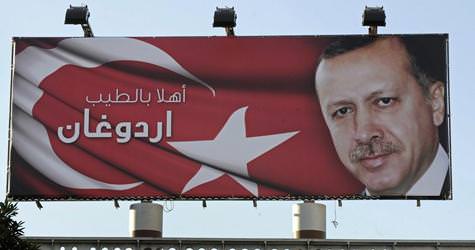 Turkish Prime Minister Recep Tayyip Erdogan arrived in Beirut on Wednesday for a two-day visit that would include talks on the tense political situation in Lebanon.

Beirut (DPA) - Erdogan is to meet Lebanese government officials and lawmakers from Hezbollah, according to a government source.

The Turkish premier, in remarks published Wednesday in the Lebanese daily As Safir, said his country would not allow Lebanon to deteriorate into a civil war.

Erdogan said that Turkey would "do the necessary to fight signs of a civil war in Lebanon."

"Now is the time for unity in Lebanon," he said.

His visit comes ahead of the release of the findings of an international tribunal investigating the 2005 murder of former Lebanese prime minister Rafik Hariri.

Political tensions have mounted in Lebanon amid indications that some members of Hezbollah are to be indicted in the case.

The militant Shiite group has said it will not accept any accusation against any of its members, and warned of the repercussions of such an outcome.

During his stay in the country, Erodgan is also due to visit Turkish troops deployed with the United Nations Interim Forces in Southern Lebanon and inaugurate Turkish-built schools and a rehabilitation centre.

Turkey and Lebanon are also expected to sign a partnership agreement to establish a free-trade zone.