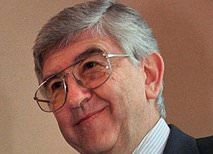 Turkey and Israel want to mend fences "immediately" but efforts are held up by a "debate" on how Israel would word its apology for killing nine Turks on an aid ship in May, a Turkish official said Thursday.

ISTANBUL (AFP) – "There is a debate on the wording, on the word 'apology'," Ozdem Sanberk, who took part in bilateral fence-mending talks in Geneva on Sunday and Monday, told AFP.

"As far as it concerns the Turkish side, it has never negotiated a word other than the word 'apology'," he said.

According to the Israeli press, some Israeli officials are opposed to extending an "apology" for the deaths in the May 31 raid of the Gaza-bound aid flotilla, saying Israel should only express "regret" at the bloodshed.

At the meetings in Geneva, the two sides drew up a draft deal to end the deep crisis between the one-time allies, which was presented to the leaders of the two countries, Sanberk said.

He said the draft envisaged Israel's apology over the raid, its agreement to compensate the victims' families, and an "immediate restoration of good relations that existed... between the two countries," which would mean the return of the Turkish ambassador to Tel Aviv.

"No new meeting has been scheduled. We are waiting for the decision" of the leaders, Sanberk said.

The Geneva talks followed Turkey's dispatch of two fire-fighting planes to help fight a deadly blaze in Israel last week, in a gesture that raised hope for bilateral ties.

In response to the flotilla raid, Ankara recalled its ambassador from Tel Aviv and cancelled joint military exercises. It also twice denied permission to Israeli military aircraft to use its air space.

Turkey and Israel had enjoyed a decade of close ties since 1996 when they signed a military cooperation agreement.