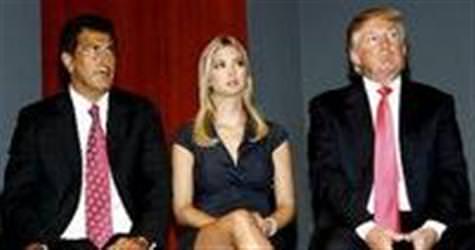 Arif describes charges that he bankrolled party on Turkish yacht – once used by Kemal Ataturk – as 'imaginary'.

A Kazakh businessman has denied charges he financed a sex party on one of the world's largest yachts.

Tevfik Arif went on trial with nine others in the Turkish Mediterranean city of Antalya. Charges against the other suspects include people smuggling and encouraging prostitution, the Anatolia news agency said.

Turkey deported nine Russian and Ukrainian women, including two under the legal age of consent, after authorities said they broke a prostitution ring aboard the Savarona in September.

Authorities said the yacht, once used by Mustafa Kemal Ataturk, the founder of modern Turkey, will be turned into a museum.

The agency reported that the indictment alleges that Arif bankrolled the party aboard the ship.

"He is someone who paid for all fees for the women, the agencies and men in the middle and the transfer of foreigners involved," the Anatolia quoted the indictment as saying.

The businessman, who said he had partnerships in the United States, Britain and Turkey, denied the charges.

"I am not accepting any of these charges," Arif was quoted as saying during the hearing. "All these are imaginary."