Row after Lieberman's remarks on Palestinians and Turkey 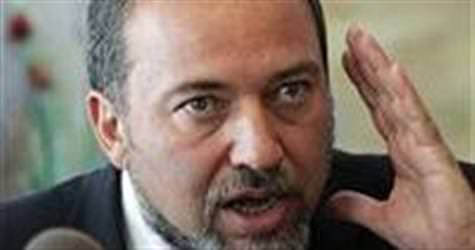 Lieberman, of the ultra-nationalist Israel Beiteinu party - the largest coalition partner of Prime Minister Benjamin Netanyahu's nationalist Likud - has defended his weekend remarks, saying they they expressed his own positions and those of his party, not of the government.

On Sunday he had told Israeli ambassadors and consul-generals gathering in Jerusalem that even if Israel offered the Palestinians Tel Aviv, 'they would still find a reason not to sign a deal with us.'

He called the Palestinian autonomous government in Ramallah, which has not been ratified because of an internal power struggle between the Fatah and Hamas movements of President Mahmoud Abbas and de-facto Gaza premier Ismail Haniya, 'illegitimate.'

The minister called Turkey's demands that Israel apologise for killing nine Turkish activists aboard a Gaza-bound vessel in May an 'audacity.'

If anything, Ankara should apologize to Israel for cooperating with anti-Israel extremists, he stated.

And Lieberman reacted angrily to an alleged remark by Turkish Foreign Minister Ahmet Davutoglu that it was questionable whether Israel would have helped Turkey the way Ankara had, when it sent two planes to help put out Israel's worst ever forest fire in early December.

'I am not prepared to tolerate lies,' said the 52-year-old, Soviet-born politician, whose outspoken style has caused uproar in the past.

'I would remind him (Davutoglu) of the 1999 earthquake, when we sent a team of 240 people from the (Israel Defence Forces') Home Front Command to set up field hospitals and to rescue both the living and the dead,' said Lieberman.

'The foreign minister's remarks represent his personal assessment and position, just as other ministers in the government maintain their own opinions,' said the statement. 'The Israeli government's position is only that which is stated by Prime Minister Netanyahu.'

Kadima lawmaker Israel Hasson, speaking on Israel Radio, called Lieberman a 'pyromaniac,' willing to 'to fan every flame he only could' for the sake of his own personal, popular standing.

'What can we do, I have a different world view from the prime minister. That's why we are not in the same party. Neither his nor my opinions are a secret,' Lieberman said Monday, defending himself on Israel Radio.

Among Lieberman's controversial remarks features one which enraged Hosny Mubarak, when in October 2008 he said that since Israel and Egypt had a peace treaty, the Egyptian president should either come to Israel or 'go to hell.'

While critics call Lieberman an extremist populist, others say he dares to say out loud out what many in Israel think.

Although he denies this, saying his proposals for a 'loyalty oath' apply to all Israelis - Jews, Muslims and Christians alike - he has been widely accused of racism, because his election campaign singled out Israel's Arab citizens and what he terms the radicalisation amongst them.

Lieberman's party has 15 mandates and is the third largest in the 120-seat Knesset, Israel's parliament.