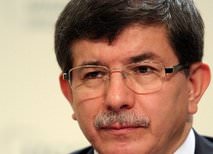 Turkey wants to turn the page on a year of difficult relations with Israel but the Jewish state must apologise for the deadly assault on a Gaza-bound aid ship, the foreign minister said Saturday.

"We have a wish to reconcile with Israel. We desire peaceful relations with all countries," Ahmet Davutoglu was quoted as saying by Anatolia news agency.

The minister criticised Israel for its failure to apologise for the May 31 assault, in which nine Turks died.

Turkey and Israel held fence-mending talks in Geneva earlier this month and drew up a draft deal to end the crisis, which is yet to be approved by Israel.

The draft envisaged Israel's apology over the raid, its agreement to compensate the victims' families, and an immediate restoration of good relations that existed... between the two countries, which would mean the return of the Turkish ambassador to Tel Aviv, who was withdrawn.

"If our friendship with Israel is going to continue, an apology and compensation are the only possible outcome," said Davutoglu.

Relations had been already strained before the raid because of Israel's devastating war on Gaza launched in late December 2008, along with Turkish Prime Minister Recep Tayyip Erdogan's frequent outbursts against the Jewish state and his defence of radical Palestinian group Hamas.

Turkey and Israel had enjoyed a decade of close ties since 1996 when they signed a military cooperation agreement.