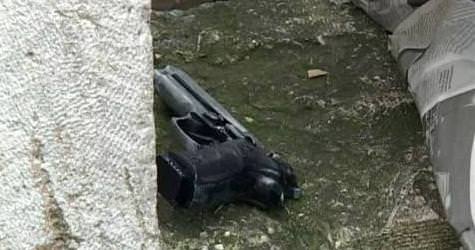 A gun was found thrown into a trash can in Millet Park, which is situated close to Prime Minister Recep Tayyip Erdoğan's Istanbul residence.

The weapon, which was found by a security guard for the park, has been taken to the Üsküdar Police Department for further inspection.
When security forces were patrolling the Millet Park this morning, they found a weapon wrapped in newspaper in a trash can and immediately informed police forces. Police initially secured the area ensuring no one approached the weapon. Soon after, Crime Scene investigative units took the gun to the police department.
Millet Park, a popular park for Istanbul residents, is located just 300-meters' distance from Prime Minister Tayyip Erdoğan's home. The park acts as a divider for traffic routes on either side and therefore is located directly along Premier Erdoğan's frequented route.
Further investigation into the event is currently ongoing.