Netanyahu rules out apology to Turks over flotilla 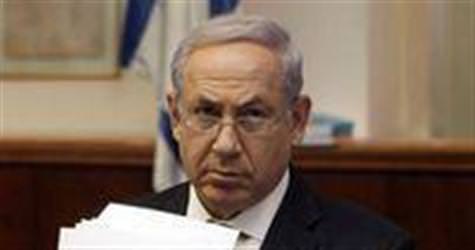 Israel on Monday ruled out apologising to Turkey over the raid on a Gaza-bound aid ship that killed nine Turkish activists, as another vessel prepared to bypass its blockade of the territory.

"We will not apologise, but express our regrets to Turkey," Prime Minister Benjamin Netanyahu told private television network Channel 10.

"We don't want our soldiers to be possibly hauled before international tribunals... our soldiers acted in accordance with standards," he said, as an apology could be interpreted as an admission of liability.

Netanyahu's comments came just a day after Israel's right-wing Foreign Minister Avigdor Lieberman dismissed as "a cheek" Ankara's demand for an apology before it would normalise relations.

"The ones who have to apologise are the government of Turkey for supporting terror," said Lieberman.

"There will be no apology" from Israel for the May 31 commando raid, he added.

Lieberman was "only expressing a personal opinion, like other ministers do," said a statement from Netanyahu's office office soon after the comments Sunday.

And on Monday, explaining his foreign minister's comments, Netanyahu told Channel 10: "In my coalition government, there are different points of view but the prime minister expresses the voice of the government."

Israel's ties with Turkey plunged into crisis following the raid on the Mavi Marmara, a Turkish ferry carrying aid to the Gaza Strip in defiance of an Israeli blockade on the Palestinian territory.

Turkish Foreign Minister Ahmet Davutoglu said Saturday that Ankara wanted to turn the page on a year of difficult relations with Israel, but the Jewish state had to apologise for the deadly assault.

Thousands of Turks gave the Mavi Marmara a rapturous welcome when it docked Sunday at Istanbul following a lengthy refit in a port along the Mediterranean.

According to the ferry's owner, a Turkish campaign group called IHH, the boat will be part of a new flotilla which will leave for Gaza on May 31, 2011, exactly one year on from the deadly raid.

In the Syrian capital Damascus meanwhile, an aid ship backed by Asian activists was already making preparations to set sail with aid for the Gaza Strip, a spokesman for Palestinian groups based in Syria said Monday.

But it will bypass the Israeli blockade.

The Sierra Leone-flagged Asia 1 is awaiting the green light from Egypt to sail to the Egyptian port of El-Arish from where its cargo is to be carried overland to Gaza, Khaled Abdel-Majid told AFP.

Several Asian charity organisations, mainly from India, were behind the initiative, and the boat would also carry a dozen activists from Asian countries, Abdel-Majid added.

More than 100 other activists, from countries including Iran, Japan, Pakistan and Afghanistan, would fly to Egypt in order to link up with the aid convoy, the Palestinian official said.

The boat would carry one million dollars (760,000 euros) worth of medicine, foodstuffs and toys as well as four buses and 10 power generators for hospitals, he added.

Israel imposed a crippling blockade on Gaza after Palestinian militants captured one of its soldiers in June 2006.

It reinforced it a year later after the Islamists Hamas seized control of the coastal enclave following deadly fighting with the Fatah faction of Palestinian president Mahmud Abbas.

But it eased the blockade after its deadly raid on the Mavi Marmara provoked international condemnation.