A barrier between Turkey and Greece 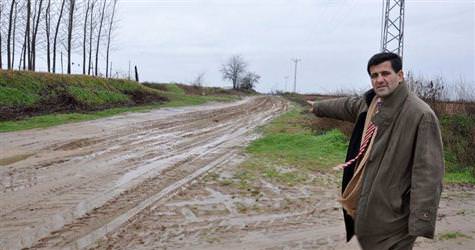 Greek Minister Papoutsis announced over the weekend plans to build a barrier between Turkey and Greece to prevent the crossing of illegal immigrants. According to Papoutsis, the barrier will be a ‘wall’ reminiscent of the one in existence between the United States and Mexico.

Speaking to the Greek News Agency ANA and Macedonian news agency MPA, Greek's Minister for Citizen Protection Christos Papoutsis announced over the weekend, "We have finished the planning and we will begin in a few days time." Noting that the project will be in conjunction with European border security agency FRONTEX, Papoutsis also stated that Prime Minister Georgios A. Papandreou was also on board with the decision. "We believe that this plan will provide a significant hit to human smuggling networks." Reminding that a similar wall was also being built between Israel and Egypt, Papoutsis expressed that their planned barrier along the 206 kilometer border would be similar to the security barrier between the United States and Mexico. "Every day, between 200-250 people attempt to illegal cross the border in search of a better life in Europe."

Turkey's Foreign Ministry responded to the recent announcement of a barrier between Turkey and Greece and released a statement, stating; "Every nation has the right to protect their borders." The Foreign Ministry also expressed that no country is obligated to inform another nation in order to do so." The Ministry of the Interior stated; "We are doing all that we can. The preventative measures adopted by Greece will not affect the work we have been doing. Our operations continue at full speed."

Edirne Governor Gökhan Sözer also commented on the news that also surfaced in Proto Thema newspaper regarding the barrier to be built. Mentioning the illegal immigrant issue has been on the agenda for a long time, Sözer stated; "The majority of illegal immigrants are from 40 different countries with a majority being from Somalia, Palestine and Burma. We have a 200 km border with Greece. Thirteen kilometers consists of land frontier, while the remaining is the Evros River. People are trying to get into Greece. A number of those people are being abducted by organizers. For a number of reasons pertaining to international and Turkish legislation, these immigrants are not arrested. After they are detained in hospices with the help of representatives from their nations, if they are allowed to, they are deported or they are simply released. However, the actual number of those that are deported is very low."

Emphasizing that the true struggle is against those that conduct immigrant smuggling, Sözer states "In the past, smuggling migrants was considered a crime; however, attempting to do so was not. As of July, attempt to smuggle an individual is now also deemed a crime. After the legislation change, approximately 500 people were brought to court for human smuggling or attempting. In 2010, border units, gendarmerie and police forces arrested and processed 11,000 illegal immigrants. Greece does not need to tell us what preventative measures they intend to take. What matters for us is that the smuggling of immigrants is also our concern. The thing is, physical barriers can be overcome. Greece does not attend to their border in the way that we do. We have posts located every three kilometers. We have police forces, the gendarmerie as well as border units, however we do not witness such preventative measures being made on the other side. That may be the reason they plan to build a barrier."