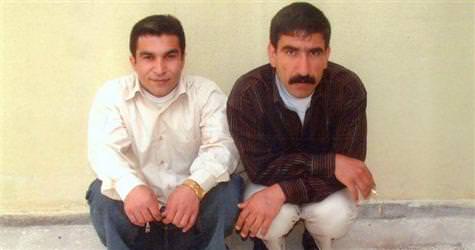 Having been on trial for the past 12 years and awaiting their discharge to be granted on December 31st, two suspects have received life sentences on December 30th for involvement in terrorist organization activities.

Accused of having conducted activities in the name of the PKK terrorist organization, Süleyman Kaya and Faruk Menekşe, which have been in captivity since the start of their trial, which first opened in Diyarbakır in 1999, were charged with life sentences during their December 30th hearing. Eleven other suspects were also charged with sentences ranging from 6-25 years.
ADJUSTMENTS ONE DAY LATER
On December 31st, 2010, one day after the ruling, new Code of Criminal Procedure (CMK) legislation, No. 102, was to go into effect which would provide the discharge of suspects held in custody for extensive periods of time, namely exceeding ten years for organizational crimes. Had Kaya and Menekşe's hearing been postponed, then they would have fallen under the category to benefit from the new legislation and would have rung in the new year together having been released.
Both Süleyman Kaya and Faruk Menekşe first faced trial in 1999, accused of acting in the name of the PKK's urban structuring. That year, the trial of a total of 15 suspects began at Diyarbakır's fourth State Security Court.
Sentenced in 2005, the ruling was subsequently cancelled by the Supreme Court's Ninth Criminal Department. At the time, the sentences of some suspects were deemed to be too light, while others too harsh, resulting in the Supreme Court ruling for a retrial. With the closure of the State Security Court, the trial was moved to the Special Authority Sixth High Criminal Court. In 2008, another ruling was reached however this time the Supreme Court of Appeals cancelled the ruling in 2009, citing the lack of collection of certain evidence and also of hearing out certain suspects.
REGARDLESS OF THE REPORT
The suspects' trial was scheduled again for December 30th, 2010. Some of the suspects' attorneys requested time, stating they had only recently received power of attorney from their clients and had not yet read the 18 folders in the case file and were therefore not sufficiently knowledgeable on the terms of the trial. Süleyman Kara and Faruk Menekşe were both ill and had been granted medical reports dismissing their attendance from trial. The Chief Judge however proceeded to make a call to the prison requesting the suspects prepare themselves for court. As a result, despite having medical reports, the two suspects were still taken to court on that fateful day.
The court committee ruled that the two suspects in question have been taking out medical reports for an extended period of time in an effort to miss hearings, and had also had their attorney's drop the case and then in addition to come up with a number of excuses to delay the trial. Drawing attention to the fact that the trial had been ongoing for a number of years, the court denied the attorneys' request for a delay to further study the case. The attorneys argued that the court was not acting objectively and was openly obstructing their right to defend, which is an infringement of the European Human Rights Agreement's sixth article. With the court's refusal to accept the attorneys' requests, the two attorneys refused to represent the suspects and left the court. The other attorney's requested their right to refuse the judge. The court refused the request however, claiming it was another ruse intended to extend the trial.
According to one of the suspect's attorney, "The way they were charged to ensure they were not released was like someone trying to salvage their personal possessions from a fire." Legists concur the decision was "unethical and injustice."
DETAINED FOR TWELVE YEARS
When asked for their final words in court, suspects Kaya and Menekşe requested their release, stating they had already served for 12 years. After taking a short break, the court resumed only to charge both Kaya and Menekşe as well as Niyazi Kelekçiler and Mehmet Pirinç, who were on trial out on bail, with life sentences. The remaining 11 suspects were charged with sentences ranging from 6-25 years.
SUPREME COURT RELEASES SUSPECTS HAVING SERVED TEN YEARS OR MORE
Meanwhile, the Supreme Court has granted the release of 26 terrorism member suspects including organization leader Sedat Sahin, under new regulations dictating that the limit for detaining a suspect for organized crimes is now ten years.