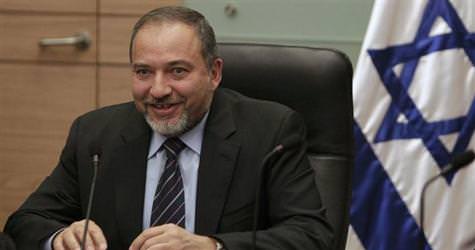 Israeli Foreign Minister Avigdor Lieberman on Thursday invited his Turkish counterpart Ahmet Davutoglu to Jerusalem to iron out differences between the two countries, but warned that the Jewish state would not serve as a "punching bag" for Ankara.

"We are seeking a return to a frank and honest dialogue with Turkey," he wrote in a Jerusalem Post op-ed article. "I invite my counterpart ... to Jerusalem, or any other location, where we can discuss all issues of relevance to both nations and the wider region."

"Allies can have disagreements; it is how we deal with these disagreements that are the true mark of any relationship," he added.

Israeli-Turkish ties have been strained for several years, but reached their nadir in May when Israeli naval commandos boarded six ships attempting to break Israel's naval blockade of the Gaza Strip.

While five of the ships were taken over without incident, a violent confrontation on the sixth, the Turkish-owned Mavi Maramra, left nine Turkish activists dead.

Turkey is demanding that Israel apologise for the incident and pay compensation, a request Jerusalem has refused to meet.

In his op-ed piece, Lieberman said the crisis in relations with Ankara did not begin with the Mavi Maramra incident, but was "long predetermined" by Ankara and had its genesis in January 2009 when Turkish President Recip Tayyip Erdogan verbally attacked his Israeli counterpart, Shimon Peres, at the World Economic Forum in Davos.

He noted that some 100,000 people welcomed the Mavi Marmara back to Istanbul last month, chanting "death to Israel."

"The lack of condemnation for these outrageous scenes from any official Turkish sources makes it extremely hard for us to show restraint," he said.

"We will not be a punching bag, and will react, as any other sovereign nation nation, to such insults and abuse," he added.