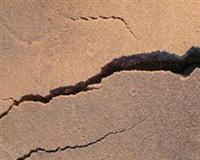 A 4.3 magnitude earthquake with an epicenter located in Kocaeli’s Gölcük district resulted in fear and panic as citizens flocked to the streets in the early morning hours.

The earthquake took place at 04:09 am and measured 4.3 on the Richter scale, with an epicenter based in Gölcük-Değirmenderev. After the earthquake hit, local residents wrapped themselves in blankets and chose to wait it out in their cars or on the street. Some women had to be comforted by close ones as they were unable to hold back the tears.
TEN WERE TAKEN TO THE HOSPITAL
Ten people were admitted to the hospital due to panic following the 4.3 magnitude earthquake based in Gölcük, while many others spent the night outdoors in fear of a recurrence. According to sources, a number of those admitted into the Gölcük State hospital have already been released; however some are still being treated. Otherwise, there have been no reports of injury or property damage.
Meanwhile, the Gölcük Search and Rescue Association (GESOTİM) came out to assist locals. According to GESOTİM Director Necmi Kocaman they have not come across any accounts of damage to persons or property in the general vicinity.
Local residents stated that the memory of the August 17th earthquake, sparked by last night's rattler, evoked fear resulting in their decision to spend the remainder of the night outdoors.
This morning's earthquake was also felt in Istanbul, Izmit, Karamürsel and in surrounding districts.