“Let me come back, but don’t arrest me” 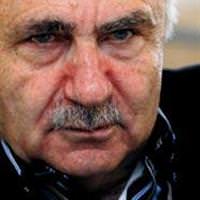 Led to panic, when a Red Notice was issued in his name, Bedrettin Dalan has now applied to the courts to bargain his way back into the country.

Living in exile abroad with a Red Notice out on his name in connection to the Ergenekon case, yesterday Bedrettin Dalan issued a very surprising appeal. Dalan's attorneys submitted the interesting petition to Istanbul's 13th High Criminal Court.

A REQUEST FOR ASSURANCE
Items 246 and 248 of the Code of Criminal Procedure were both referenced in the petition, which states: "If Dalan is granted a document of guarantee that he will not be arrested, as dictated by law, then he will return to the nation in order to provide a statement and to testify in court."

INAPPLICABLE FOR DALAN
Drawing attention to the fact that a document of assurance is very rarely issued, experts are saying that those who are being tried for crimes involving overthrowing the government, do not fall under the auspices of these two items in the Code of Criminal Procedure. In addition the fact that he is considered a fugitive, and not an absentee, means the clause does not apply for Dalan.

SKIPPING FROM COUNTRY TO COUNTRY
With a warrant out for his arrest, Bedrettin Dalan has been abroad since October 15th, 2008. Dalan has since been spotted in the United States, Russia, Belarus and in Holland…

In an Ergenekon operation staged on January 6th, 2009, a warrant was issued to detain the founder of the İSTEK Vakfı Foundation and Yeditepe University Bedrettin Dalan, however he was never found. It was later revealed that Dalan had left the country on October 15th, 2008. Speaking to the press over the phone, Dalan had stated that he was in America because of his wife's medical condition and would be returning to Turkey. However, even though his wife had returned to Turkey in February of 2009, the former Mayor of Istanbul Bedrettin Dalan had not…
On April 12th, 2010 Istanbul's 14th High Criminal Court issued a warrant for Dalan's arrest. A 'Red Notice' was then issued for Bedrettin Dalan on January 12th, during a hearing for the 'Action Plan for the Fight against Fundamentalism' case.

In the case tried by Istanbul's 13th High Criminal Court, Dalan is facing sentences of 22.5 yearsa and life imprisonment in confinement for "founding and leading an armed terrorist organization" and "attempting to overthrow the Turkish Republican government or attempting to obstruct their duty."