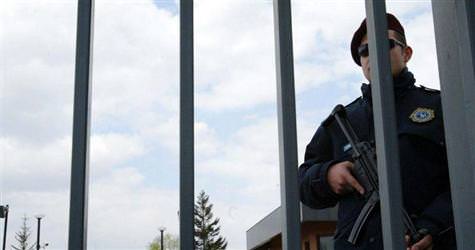 According to the National Intelligence Agency or MİT, in 2007 an assassination was planned for Prime Minister Erdoğan. The order was given by a retired colonel of Turkish heritage now residing in Bulgaria. Supposedly an Ergenekon suspect rented an apartment in order to conduct surveillance of Erdoğan’s home.

A written document provided by MİT to the court responsible for hearing the Ergenekon case, states the following: In July, 2007 information surfaced of an assassination attempt on Prime Minister Erdoğan. The order was supposedly given by a retired colonel in Bulgaria and General Ibrahim Chechen, the author of the 'Red Book' assisted in bringing in two individuals from Chechnya for the task.
The Istanbul 13th High Criminal Court, which is hearing the Ergenekon case, requested information from the National Intelligence Agency regarding allegations that Alparslan Arslan paid a visit to a retired Turkish colonel living in Bulgaria prior to the attack staged on the State Council. The National Intelligence Agency submitted a written response on January 17th, 2011 which arrived to the court on January 26th. The notice from MİT included details regarding assassin Alparslan Arslan meeting with the retired colonel prior to the attack and mentions that the colonel made the orders. The written document provided surprising new information however, regarding an e-mail received in July, 2007 which claims that certain individuals and current suspects in the Ergenekon case, planned to assassinate Prime Minister Erdoğan.

'BRICKS WERE REMOVED FOR SURVEILLANCE'
According to the allegation, arrested Ergenekon suspect retired lieutenant Zekeriya Öztürk rented a basement floor flat in Üsküdar's Kısıklı Street, the exact location where Prime Minister Erdoğan was residing at the time. In order to have visual access to Prime Minister Erdoğan's home, two bricks were removed from the wall facing the street. Zeki Yurdakul Çağman, who was arrested and subsequently released following the State Council attack, acted alongside Öztürk.
A 40-45 year-old businessman based in Maslak supposedly financed the operation. The person claimed to be giving the orders is supposedly the same person who directed Alparslan Arslan, a retired Turkish colonel.
100 MILLION DOLLAR EVENT
The notification also claims that an individual nicknamed MİT Mete, who used telephones registered to foreigners in Turkey and both Turkish and Azeri passports, provided the connection with Bulgaria. Supposedly this individual had made a small alteration to his last name on his Azeri passport used for entrances into Turkey. It was also noted that the group expected to receive 100 million dollars from abroad which would be used to pay Çağman's debts. The group had intentions to mobilize the Turkish Armed Forces in order to establish an event which would result in overthrowing the government.
The written notice provided by the National Intelligence Agency states, "The group housed two individuals brought in from Chechnya by Chechen General İbrahim (İbrahim Magomedovic) responsible for penning the 'Red Book', in lodging located underneath the Çakmak Mosque in Ümraniye. Supposedly the two individuals would be used to create the event in question."
According to the written statement; "The man known as MİT Mete, may be Mete Yalazangil, an individual question in the Ümraniye investigation. Yalanzangil, who was arrested and subsequently released in connection to the Ergenekon case, is known for being the person who introduced retired lieutenant Muzaffer Tekin with Semih Tufan Gülaltay." Also mentioned in the report, Zeki Yurdakul Çağman has been released however, is being tried in the Ergenekon case.