Dink investigation into Güler and Cerrah 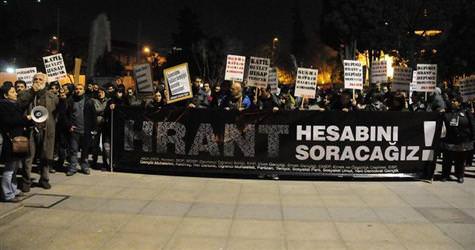 A further investigation into 28 officials in connection to the Hrant Dink case has been opened. Both former Istanbul Mayor Muammer Guler and former Chief of Police Celalettin Cerrah are amongst those to be questioned in regards to possible neglect.

A new investigation has been initiated into allegations of possible neglect by public officials in the assassination of former Agos Editor-in-Chief Hrant Dink. Ramazan Akyürek, the Head of the Police Intelligence Department will also be questioned.

Meanwhile, in a written announcement, Ankara Public Order and Security Undersecretary Muammer Güler stated that he had heard of a new investigation being opened into Hrant Dink's murder, however he also states that there is no investigation into him personally during his term of duty as the Istanbul Mayor and there has been no warrant issued for any such investigation.