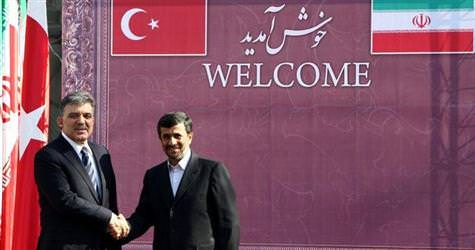 President Abdullah Gul used a news conference with his Iranian counterpart on Monday to call on Middle Eastern governments to listen to the demands of their people.

Gul's first official visit to Tehran coincided with a planned opposition demonstration, in support of popular uprisings in Egypt and Tunisia, which organisers hoped would revive Iran's reformist "Green" movement.

President Mahmoud Ahmadinejad's government, which considers the Green movement "seditionist" after protests against his 2009 re-election, has not authorised the rally.

At a joint news conference, both presidents spoke of their countries' close relations, but Gul went on to comment on the rise of popular discontent in the Middle East.

"My view is that what is happening should in no way be regarded as a surprise. In this age of communication, in an age where everybody is aware of each other, the demands and desires of the people are very realistic," Gul said, in response to a question about the state of Middle East affairs.

"We see that sometimes when the leaders and heads of countries do not pay attention to the nations' demands, the people themselves take action to achieve their demands."

Throughout the crisis in Egypt, Turkey expressed sympathy with the people. Iran has hailed events there as the people's victory against a Western-backed dictator.

Iran's opposition movement, which has not held a demonstration since December 2009, when eight protesters were killed at a rally, has used events in North Africa to galvanise its supporters and get them back on the streets.

Without specifying which countries he was talking about, Gul said: "The desires of people must be taken into account. In this respect, fundamental reforms must be carried out, whether economic or political."

Turkey has developed closer relations with its neighbour Iran over recent years as the Islamic state has come under tighter international sanctions, led by the United States, aimed at getting it to curb its nuclear programme.

Gul was accompanied by a large business delegation and Ahmadinejad said he saw "no impediments" for the countries to reach their goal of tripling their bilateral trade to $30 billion in five years.