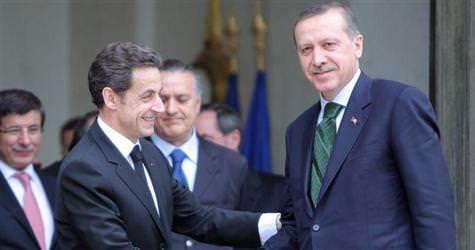 Turkey complained on Thursday of getting short shrift from France's President Nicolas Sarkozy, a day before he was due to arrive for talks that were unlikely to touch on what matters most to Ankara, namely EU membership.

Sarkozy, who has voiced opposition in the past to Muslim Turkey's bid to join the European Union, was due to visit Ankara on Friday in his capacity as current president of the Group of 20 forum, rather than on a state visit.

The visit was only scheduled to last a few hours, and officials including Prime Minister Tayyip Erdogan voiced disappointment that Sarkozy had not made more time for them.

"So, I think this is not a visit that corresponds to the height of the friendship between France and Turkey," he said. "Turkey and Turkish-French relations deserve more than that."

Erdogan went on to point out that both he and President Abdullah Gul had made official visits to France, whereas Sarkozy had not visited Turkey during his time in office.

Gul told the French daily Le Figaro in January that Sarkozy has "an image of Turkey that does not correspond with reality."

Erdogan and Gul were due to meet separately with Sarkozy, to discuss the G20 agenda, and foreign policy issues, ranging from the Middle East peace process, stalled peace talks between Syria and Israel, the change in government in Lebanon and the big powers' negotiations over Iran's nuclear program.

Turkey would like to win support to get fresh momentum behind its bid for EU membership, but French officials told reporters in Paris that this did not appear to be a key focus of the visit, given an impasse due to disputes over Cyprus.