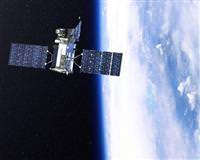 "We are sending our Gokturk satellite to space in 2013. Some people are disturbed by this. They say: 'Turkey will watch us from space in the future'. You have been watching us for many years, decades," Erdogan told youth party members of his ruling AK Party, without mentioning ex-ally Israel.

Erdogan spoke after a senior Israeli defence official told Reuters the launch of Gokturk had prompted discussions in Israel about the viability of a U.S.-backed blackout on high-resolution commercial photography of Israel from space.

According to Jane's Defence Weekly, Gokturk will provide images of objects of 0.8 metres across. At present 2 metres across is the finest grain available when it comes to pictures of Israel, thanks mainly to U.S. legislation from the 1990s.

Turkey, ruled by Erdogan's Islamist-rooted government, has demanded an apology as a condition for mending ties.

Turkish Minister of Transport Binali Yildirim told domestic media this week Ankara did not believe concerns by other countries were "binding".

The so-called "shutter control" over commercial satellite cameras is anchored in an amendment to the 1997 U.S. National Defense Authorisation Act, which banned disseminating satellite images of Israel of a grain higher than that available from non-American commercial sources.

The satellite will ease Turkey's reliance on U.S. intelligence in its operations against the separatist Kurdistan Workers Party (PKK), which launches attacks on Turkish military targets from bases in northern Iraq.

Turkey has used U.S. intelligence to support operations against the PKK in mountainous Iraqi Kurdistan, targeting the guerrillas' headquarters and training facilities in cross-border raids.

The Gokturk satellite, expected to cost around 250 million euros ($344 million), is being developed by Turkish defence contractor AselsanandFinmeccanica's unit Telespazio.