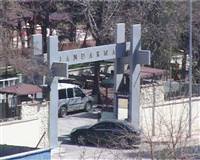 Turkish police detained on Thursday 20 people, including a former security force commander, suspected of belonging to a militant nationalist network opposed to Prime Minister Tayyip Erdogan's rule, media said. Hundreds are already on trial for alleged plots to overthrow Erdogan's government, the majority accused of being linked to a clandestine, ultra-nationalist, secularist network known as Ergenekon that was first uncovered nearly four years ago.

The recent jailing of some 10 journalists pending trial in the Ergenekon case triggered expressions of concern from the European Union, the United States and human rights groups about Ankara's commitment to media freedom and democratic principles.

Erdogan's foes say the ruling AK Party has not shed its Islamist roots and harbours an agenda to roll back the secular traditions of a republic founded by revered national hero Mustafa Kemal Ataturk in 1923.

The latest detentions followed raids in nine provinces, and were part of a probe by Ergenekon case prosecutors into the killing of three Christian missionaries in the southeastern city of Malatya in 2007, state-run Anatolian news agency reported.

Among those held, were the former head of the gendarmerie security forces in the southeastern province of Malatya, who was on active duty at the time of the killings.

There have been moves to merge the Ergenekon and Malatya killings cases after allegations that security officials instigated the killings.

Searches were conducted at gendarmerie headquarters in various provinces and university premises. Military officers were among the others detained.

Nearly 200 serving and retired officers, including top generals, are being tried for a separate plot to overthrow the government, known as "Sledgehammer."

The Ergenekon case has risen back up the political agenda ahead of a parliamentary election in June, with the main opposition party saying it is being used to target opposition to the government.