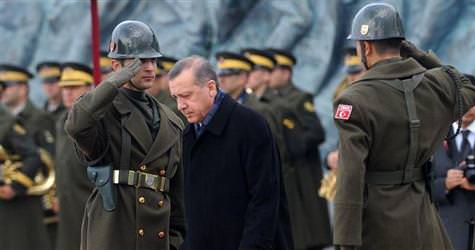 Turkey is prepared to support an internationally legitimate operation in Libya, following the United Nation’s decision to implement a ‘no-fly zone’. Turkish jets will be a part of the coalition.

Turkey wants no more blood to be shed in Libya and has agreed to join the coalition using Turkish F-16's to put a halt to attacks on civilians.
According to a NATO ruling, coalition aircraft may use Turkey as a base. Ankara however is against the coalition consisting solely of western nations and states warplanes form Muslim nations such as Jordan and UAE must be included.
TURKEY'S THREE CONDITIONS
The air field will be kept open solely to allow for humanitarian aid and will not be disrupted due to the 'no-fly zone' decision.
The coalition should not consist of solely Western nations and should include other Muslim nations such as Jordan and the UAE that have F-15 and F-16's in their fleet.
Libya should not turn into Iraq and should not be occupied by foreign forces.