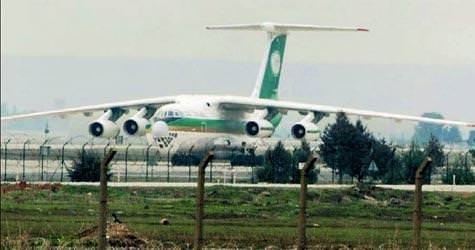 An Iranian cargo plane was forced to land in southeast Turkey for the second time within a week on suspicion it was carrying weapons or bomb-making material to Syria.

The plane which took off from Tehran landed overnight at Diyarbakir airport and searches took place Sunday.

The second plane to be grounded en route from Iran to Syria in Diyarbakır within one week was found to contain a BIXI machine gun. The weapon has been confiscated and the reason for its presence will be investigated.

Last Tuesday night another plane was similarly forced to land at Diyarbakir but departed the following day after a search squad trained in chemical, biological, radioactive and nuclear cargo found nothing illegal.

Turkish media suggested the plane may have been stopped at the request of the United Nations to investigate whether it was carrying nuclear material.