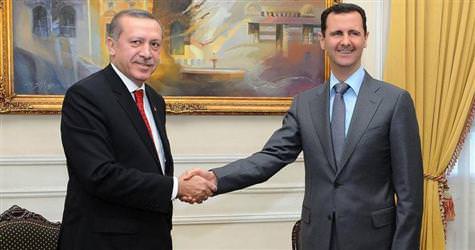 Turkey called on Syria on Friday to make good on promises of economic and social reform as soon as possible in the face of growing unrest.

In a statement, Turkey's Foreign Ministry regretted casualties in the violence spreading through its southeast neighbor and called for calm on the part of families that had suffered casualties.

"We welcome the statements of Syrian officials on starting work for reform on social and economic issues to meet the Syrian people's legitimate demands and expectations," the statement said.

"It is of great importance that the necessary work is completed soon and the decisions are implemented without losing time."

Turkey's ruling AK party (Justice and Development Party) has undertaken far-reaching reforms itself since taking office almost a decade ago.

Its success in strengthening democracy and transforming the economy has, in the eyes of many in the region, made Turkey an example of how a predominantly Muslim country can make democracy work.

"We encourage the steps our Syrian brothers will take to improve the reform process. Turkey is ready to contribute to work on reform process in any possible way it can," the Foreign Ministry statement said.

Turkish officials have been guarded in their comments on events in Syria. Relations between the two countries have improved markedly since the AK has been in power, while Turkey's old friendship with Israel has cooled.

Prime Minister Tayyip Erdogan said this week he had spoken to President Bashar al-Assad during his last visit to Syria about the upheavals in the Arab world and had urged him to find a more democratic path.

"I said very clearly and very openly that Mr Assad should take a lesson from what has been going on in other countries in the region and without trying to use same manner, should find a way out which is much more democratic."

Erdogan said he warned Assad it would be dangerous if any social unrest in Syria assumed a sectarian dimension.

The Foreign Ministry statement said Turkey was monitoring developments closely in Syria and offered condolences to the bereaved.

"We wish patience to families of those who lost their lives, send our condolences, and wish the best of health to those injured," it said.