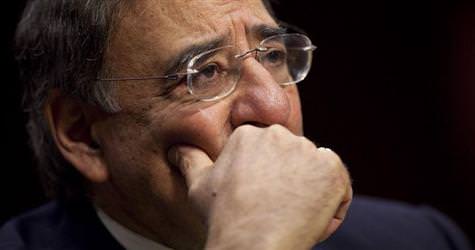 During meetings held in Ankara with Director of the U.S. Central Intelligence Agency Panetta, Syria was assessed to be at a ‘critical threshold.’

Sabah has acquired a number of significant details regarding critical meetings held in Ankara as the recent uprisings in the Arab world have made their way to neighbors Syria. Supposedly, CIA Director Leon Panetta paid a surprise visit to Turkey at the end of March. In fact, the five-day trip was kept completely confidential from the public. A series of meetings were held under a 'Confidential' code as the CIA Director and his committee was listed solely as 'Very Important Guests.' In fact, there was a complete 'blackout' during Panetta's stay. The CIA members were not only brought in by plane to Ankara at night, but there were also flown out in the same manner. Panetta met with Turkey's National Intelligence Agency, or MİT, Undersecretary Hakan Fidan as well as with officials from the General Staff.
The United States' Ambassador to Ankara refrained from commenting on Panetta's visit. MİT Undersecretary Fidan paid a critical visit himself to Washington in September 2010 where he met with CIA Director Panetta. During Panetta's meetings held in Ankara, the uprisings in the Arab world were the number one topic discussed. The situation in Libya was classified as a crisis, while Syria was evaluated as being at a 'critical threshold.' During the meetings, apprehensions regarding the developments in the region were relayed to Panetta. Details were shared on Turkish-Israel relations, joint intelligence between Turkey-USA and Iraq as well as on collaboration with Afghanistan and the PKK terrorist organization's recent activities.
During the meetings, the situation in Libya was classified as a 'crisis'. A number of measures put forth to ensure Libyan leader Gaddafi is incapable of obtaining weapons and ammunition were put to the table. During the deliberations, it was also conferred that the blockade in the sea was successful however Libya's land borders have not yet been taken under control.
As the uprisings in Syria were assessed as being at a 'critical threshold', during meetings it was also emphasized that the demonstrations by the Syrian public could be characterized as being Sunni. It was emphasized that a balance must be met between leader Bashar Assad and the Sunni opposition. It was determined that Nusayri, considered to be an element of 'deep state', was influential in Assad's decisions and should he not take an immediate step towards reforms, then the nation could be drawn into serious internal strife.
Turkey also provided details regarding Syria referred to as 'Secret Code' which involve providing protection for Assad and his family should the nation experience a regime change.

Fidan was in the United States in September…
MİT Undersecretary Hakan Fidan paid a visit to the United States in September, 2010. There Fidan met with CIA Director Leon Panetta, as well as with other authorities from the National Security Agency. Since the start of the uprisings in the Middle East and North Africa, Hakan Fidan has been in close communication with the affected nations' intelligence agencies. More recently, in March Fidan was sent to Syria by Prime Minister Tayyip Erdoğan where he met with State Leader Bashar Assad.
Same scenario for each uprising…
A while back, Turkey had provided scenarios for the Arab uprisings with categories for 'military' and 'humanitarian aid.' The General Staff as well as the National Intelligence Agency were actively involved in collaborating in the project which was coordinate by the Ministry of Foreign Affairs.
Items amongst the scenario criteria are as follows:
The current situation and power of the nations' leaders.
The distribution and participation of the uprisings.
The presence of Turks in the countries affected.
The situation regarding need for military operations or humanitarian aid.