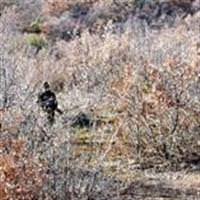 At least 1,000 soldiers, backed by helicopters, attacked a large group of Kurdistan Workers Party (PKK) terrorists in a mountainous area on the borders of Tunceli and Bingol provinces late Wednesday.

Operations against the guerrillas continued on Thursday.

The PKK ended a six-month ceasefire in February and there have been fears of an increase in violence ahead of Turkey's parliamentary election on June 12.

Warmer spring weather generally brings an increase in violence in the mountainous southeast, scene of a separatist conflict that has killed more than 40,000 people since the PKK took up arms against the state in 1984.

Tension mounted in the mainly Kurdish region this month after an election board decision, later reversed, to bar a number of Kurdish candidates from standing in the poll.