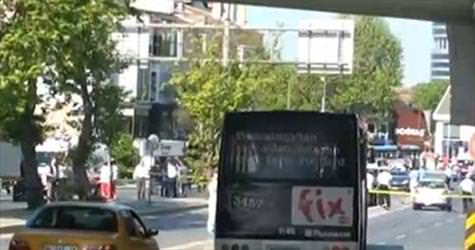 An explosion wounded at least seven in Istanbul on Thursday.

The blast took place at a bus stop underneath the Koç Bridge in Etiler, which is located nearby the Etiler Police Vocational School.
The bomb had been placed in a trash can at the bus stop in Etiler, a residential and shopping district in the city. The bomb squad is currently on the scene and the area has been shut off to traffic.
Turkey is due to vote in a parliamentary election on June 12. Security forces are on edge as there has been a rise militant activity in recent weeks related to the long-running Kurdish separatist insurgency.