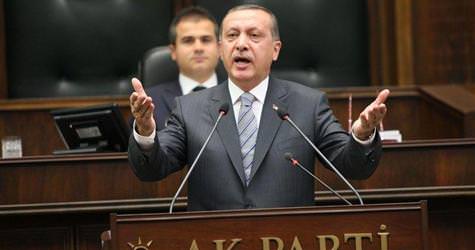 Turkey's ruling AK Party is on course for a resounding third consecutive election win on June 12, with support at 48.6 percent, according to a survey published on Wednesday.

That figure, in a survey by pollsters Konsensus, would mark an increase from the near 47 percent which it achieved in the 2007 vote and is sharply higher than a figure quoted in a poll a day earlier.

That survey by polling company DORInsight had shown support for Prime Minister Tayyip Erdoğan's AK Party at 39 percent, well below the level of better known pollsters which generally put its support at between 45-50 percent.

The success of the AK Party, an economically liberal but socially conservative party, has been driven by strong economic growth in near nine years in power which has brought the country prosperity.

The Konsensus poll was conducted between May 18-28 and based on 3,000 voters. The published details did not include a margin of error or specify how many provinces the voters came from.

Support for the opposition Republican People's Party (CHP), which is under new leadership, was at 28.3 percent of the vote and the Nationalist Movement Party (MHP) at 11.6 percent, above the 10 percent threshold needed for a party to enter parliament.

The ultra-nationalist MHP support suggested limited impact from a "sex video" scandal which led to the resignation of 10 leading party members in the first days of the poll.

If his party wins a strong mandate Erdoğan has promised to overhaul Turkey's constitution, written in the 1980s after a coup. However the latest poll indicated it would not have the two-thirds majority in parliament needed to change the constitution without going to a referendum.