Cabinet gets a master adjustment 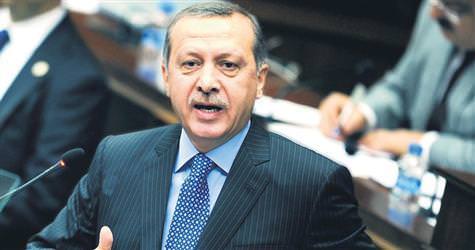 Prime Minister Tayyip Erdoğan released plans to restructure the Council of Ministers following the upcoming June 12th parliamentary elections. The cabinet, including the Prime Minister will consist of 25 members, states Erdoğan, also explaining that eight state ministries have been eliminated and six new ministries added. According to Erdoğan, the reason behind the restructuring of the Council of Ministers is, "To eliminate the current deficiencies, and to ensure the administrations function more efficient and productively."
20 DEPUTY MINISTERS TO BE APPOINTED
Erdoğan explains that the Ministry of Industry and Commerce will be replaced by the Ministry of Science, Industry and Technology, the Ministry of Agriculture and Village Affairs will be replaced by the Food, Agriculture and Husbandry Ministry, the Ministry of Environment and Forestry will be joined with the Public Works and Housing to become the Environment, Forestry and City Planning Ministry. Erdoğan also emphasized that with this new restructuring; there will be four deputy prime ministers and 20 line ministries. According to Erdoğan, "From now on, there will be a deputy minister appointed to every line ministry that will function between the minister and the Undersecretary. Therefore there will be 20.' Explaining that the deputy ministers would be selected via appointment, and not from amongst the deputies, Erdoğan goes on to state: "They will come and go with the government. Appointments may also be done from the private sector. They will act as a sort of political undersecretary. They will not be required to have a university diploma and even elementary school graduates will be eligible to be appointed as deputy ministers. The truth is there are a number of very successful individuals that have truly proven themselves in the market. For example, there are some businessmen in Turkey that are extremely successful despite being an elementary or middle school graduate. They may not speak a foreign language but they are very successful. Think of the late Sakıp Ağa's situation or that of Vehbi Koç."