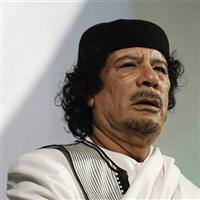 Turkish Prime Minister Tayyip Erdoğan said on Friday his country had offered a "guarantee" to Libyan leader Muammar Gaddafi if he left Libya, but said Ankara had received no answer.

"Gaddafi has no way out but to leave Libya, through the guarantees given to him, it seems," Erdoğan stated in an interview.
"We ourselves have offered him this guarantee, via the representatives we've sent. We told him we would help him to be sent wherever he wanted to be sent. We would discuss the issue with our allies, according to the response we receive. Unfortunately we still haven't got a response from Gaddafi."
Erdoğan, whose country is a member of NATO, did not specify what kind of guarantee Turkey had offered to Gaddafi.
Muslim Turkey had sizeable trade and commercial ties with Gaddafi's Libya, and evacuated more than 20,000 citizens working there as violence engulfed the North African desert nation.
Since the uprising against Gaddafi's rule began in February, Erdoğan has distanced himself from the Libyan leader. Ankara has called on Gaddafi several times to order a ceasefire and to quit in order to allow a transition of power.
In the interview, Erdoğan expressed frustration at what he called Gaddafi's stalling tactics.
"I have contacted him six or seven times. I sent our special representatives, but we always faced stalling tactics. They tell us they want a cease fire, we tell them to take a step, but the next day you find out that some places were bombed."
"We're asking them 'what are you doing' and they tell us they fired back because they were fired at. There's nothing like that. We were closely watching at that time."