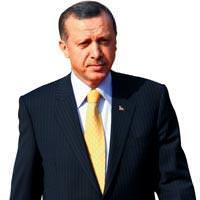 Deciding to let bygones be bygones, Erdoğan has withdrawn his lawsuits filed against a number of politicians and writers.

During Tayyip Erdoğan's balcony address on the eve of the June 12th elections, he had expressed that he wanted all of the negativity that transpired prior to the election, to be left in the squares they campaigned in. Stating "Let's let bygones be bygones and you do the same," Erdoğan has taken the first step towards realizing his promise.
Erdoğan has given orders to his attorneys to drop all cases opened against politicians and editorialists during the campaign process. The number of cases racking up had reached 17. Erdoğan, however, will not be dropping cases opened for statements written about him or his family that were published in certain books.
CASES WITHDRAWN
The top three libel cases filed during the pre-election era that have since been rescinded are as follows;
A case against CHP leader Kılıçdaroğlu for statements made during rallies, requesting 40,000 TL in compensation.
DP Chairman Namık Kemal Zeybek' was being sued 100,000 TL for insulting comments during a rally in Izmir.
Ahmet Altan, a writer for Taraf was being sued for 50,000 TL also for insulting the PM.
Erdoğan has also won a number of cases:
Five thousand TL from Yalçın Küçük for "Attacking his personal rights" .
CHP Deputy Chairman Umut Oran had to pay 4,000 TL.
Seven thousand from Kılıçdaroğlu for an address made at the Grand National Assembly during a party meeting.
And the ones that remain….
Erdoğan filed a case against performer Müjdat Gezen in February requesting 50,000 TL in compensation for stating that voters for the AKP were stupid. This case was not withdrawn because it had been opened prior to the pre-election period. Erdoğan had also filed a case against former Hürriyet newspaper writer and CHP deputy Oktay Ekşi for heavy accusation in an article written last November. Erdoğan, who has not withdrawn this case, is seeking 100,000 TL in compensation.