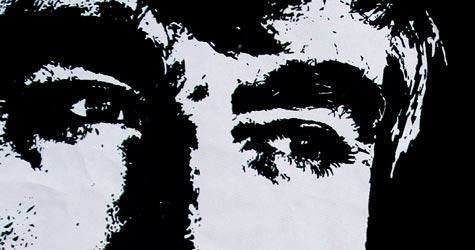 The Chief Public Prosecutor for the Hrant Dink case is demanding that Ogün Samast be charged with an 18 to 26 year sentence for the ‘premeditated murder’ of the Agos newspaper editor in chief.

Ogün Samast is facing between 18 and a half years and 26 years' prison in the Hrant Dink case, for premeditated murder and carrying an unlicensed weapon.
Samast, who has already spent four a half years in jail, will have to serve the remaining two-thirds of his sentence.
Both Samast and his attorney were present at the trial being held at the Istanbul 2nd Juvenile High Criminal Court. The Dink family's attorney Fethiye Çetin requested that footage from security cameras run by banks and stores in the vicinity of the assassination, be shown in court. The court rejected the request, deciding instead to use the footage when judging the case against the group involved.
During his statement, prosecutor Ali Demir detailed the events leading up to Dink's death and also mentioned that a case had been open against Hrant Dink for 'insulting Turkey'.Demir explained that it was after the opening of this case that some time later a series of extreme nationalists in Trabzon, Yasin Hayal, Erhan Tuncel, Zeynel Abidin Yavuz, and began to conspire plans for his assassination.
Details of an expert report in which it was revealed that Samast does not communicate with his father comfortably and that he feels intense anger and hatred towards him were also revealed during the hearing. It was also stated that Samast considered Yasin Hayal an example and that his passion for being Turkish and Muslim were to an extreme reminiscent of hooliganism.
Samast is facing 18 to 24 years for premeditated murder, according to the Turkish Criminal Code's 82/1-a, 31/3. Samast is also facing an additional two years for disobeying the law. Çetin emphasized that the murder was the work of a professional organization. The court trial was postponed to June 29th. Samast is also facing a ten year sentence for being a member of a terrorist organization.