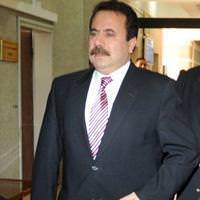 Turkish police detained the former head of the state media regulator and three others on Wednesday in an investigation into an Islamic charity accused of embezzling donations and sending funds to a pro-government media outlet.

The investigation is linked to a 2008 court case in Germany, in which three senior members of the charity, Deniz Feneri, were found guilty and sentenced to jail.

Turkey's ruling AK Party has denied any links to Deniz Feneri, based in Germany, but the case triggered accusations of government corruption.

The Islamic charity is accused of embezzling donations and sending some of the funds, mainly from Turks residing in Germany, to the pro-government media outlet, Kanal 7.

Those arrested were Zahid Akman, former head of the RTUK state media regulator, and three members of Kanal 7.

A German court said after the trial that Deniz Feneri e.V. had received 41 million euros ($59.16 million) of donations in Germany and that it sent 17 million euros to Turkey.