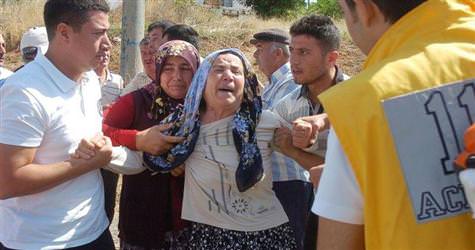 PKK terrorists shot dead three Turkish soldiers in an ambush late on Saturday night in a village in the south eastern province of Mardin, security sources said on Sunday.

The three soldiers had been returning from the village of Ikipinar to their military gendarme post when they were ambushed by militants of the PKK.

The attack comes at a time of heightened clashes between Turkey's armed forces and Kurdish rebels in Turkey's southeast, and a parliamentary boycott by deputies of a pro-Kurdish party.

The PKK ended its six-month old ceasefire in February and moved to what it calls an "active defence" stance, whereby its fighters defend themselves if threatened.

Regardless of the "active defence" stance there has been a steady stream of militant activity in recent weeks, including abductions.

The jailed leader of the PKK, Abdullah Öcalan, sent word through his lawyers earlier this month that he had agreed with Turkish officials to set up a "peace council" aimed at ending the 27-year conflict in which 40,000 people have died, the majority of them Kurds.

Öcalan said the council should be formed within one month, though it was unclear what form it would take.

The proposal came a month after Erdoğan's AK Party won an election for a third term in power and two months after Öcalan threatened war unless the government entered talks.

Deputies from a pro-Kurdish party regarded as close to the PKK failed to reach a deal with the AK Party on ending their boycott of parliament earlier this month.

The boycott by the Peace and Democracy Party (BDP) deputies was prompted by court rulings barring some of its jailed elected candidates from taking their seats.