Doubts of negligence in treacherous ambush 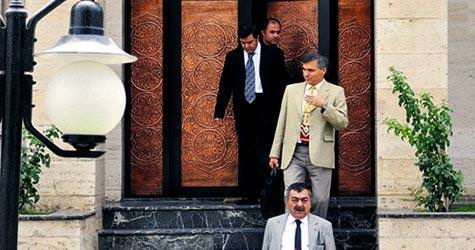 A civilian committee has reached a series of shocking conclusions in regards to the recent incident in Silvan which left 13 soldiers dead. According to the committee’s findings, there were planning errors in both the management and transfer of soldiers on the field.

The event transpired two weeks ago and involved grenades thrown by terrorists which ignited a fire in a heavily forested area in Diyarbakir province killing 13 soldiers and wounding seven.
Civil Service Inspectors from the Ministry of the Interior have begun penning a report on the Silvan attack after conducting a series of closer investigations in the region. Amongst the findings the inspectors are putting forth thus far are: the soldiers were lacking in sleep and tired at the time of transfer. A meal break was taken at an extremely critical location in terms of security.
HELICOPTERS WERE TOO FAR AWAY
The high and dry weeds in the extremely hot weather posed a risk. The soldiers who were on duty to secure the region were inefficient. The helicopter, which was supposed to be closely tracking the soldiers that went up to the field, was positioned at an hour's distance. The herons did not record the attack, prior or during.
The investigation, conducted upon Prime Minister Erdoğan's orders has reaped three shocking conclusions: "There were errors in the planning and management of the soldiers' transfers, a break was taken in a critical location and the helicopter was not positioned near the region.
The investigators have also verified that the soldiers were tired and lacking in sleep at the time they were dispatched and they ended up taking a break to eat at an extremely critical location. The report also includes details regarding the fact that the soldiers providing security were insufficient. The report will also emphasize that the helicopters were located at one hour's distance from where the soldiers were situated. In addition the unmanned herons were not recording in the region at the time of the attack. The inspectors will be presenting their report to the Minister of the Interior İdris Naim Şahin and if it is determined that negligence was involved the issue may be further investigated which could lead to a series of layoffs.