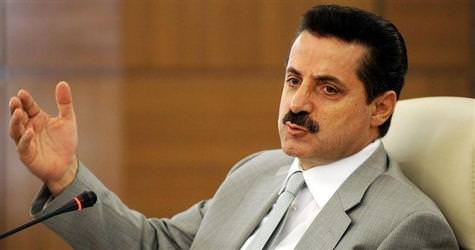 According to State Minister Çelik "Democracy is turning another corner:” Research-titled staff positions are ready. Out of 2,199 applicants, those who want to continue on or those who want to retire may do so.

The Supreme Military Council (YAŞ) which begins today is anticipated to mark a significant milestone on the road to normalization, while also reaching the final stage of reinstating those aggrieved military members who were dismissed in the past in a ruling by the Supreme Military Council in connection to the March 12th, 1971 and September 12th, 1980 coups.
The final steps are being taken to open the door to the state for those who were previously dismissed without the right to a defense during the coup era. An aggrieved 2,199 individuals will now be able to benefit from the option of working for the state or receiving retirement. Minister of Social Security and Labour Faruk Çelik tells SABAH; "Those that were dismissed from the Turkish Armed Forces following the March 12th, 1971 and September 12th, 1980 coups, will now be able to be reinstated in accordance to the law granting their return." Çelik also reminds that they have established a special research unit with 2,000 positions and appointments will be finalized within 45 days.
Minister Çelik states, "Turkey will have turned an important new corner in both advanced democracy and justice. In extraordinary times such as the 1971 and 1980 coups, a number of military members were dismissed according to rulings made by the Supreme Military Council. Turkey has been rapidly normalizing in recent years. Undoing injustices is one of the most important indicators of normalization. When looking back at the developments in recent years, it is evident that all relationships between state agencies are now befitting to the democratic culture, as they should be."
Noting that the legislature pertaining to the reinstating of unfairly dismissed military staff was passed by the assembly last March, Minister Çelik, relayed the following information: "According to the law, those whose positions were unfairly terminated following the March 12th 1971 coup and on were able to apply to the Ministry of National Defense within 60 days. As a result, the processing of 585 of those applicants will soon be complete." According to Çelik, 2,199 people have applied to benefit from the law passed in March. "The Ministry of Defense is working on these applications. The State Personnel Department has created 2,000 positions in order to accommodate the applicants. Once the procedures are complete, appointments for the posts will begin within 45 days."