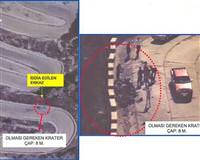 Turkey last week launched a series of attacks on PKK targets in northern Iraq. Iraqi authorities said a Turkish air strike killed seven Iraqi civilians on Sunday. "Yesterday the Turkish ambassador was summoned here to the foreign ministry. He was handed a ... protest, diplomatic note about the continued bombing," Zebari told Reuters in an interview. "We demanded an immediate stop to these air strikes." The Turkish military said on Tuesday it had killed up to 100 terrorists in six days of air strikes in response to an escalation of PKK attacks after the collapse of efforts to negotiate a settlement of the 27-year-old conflict.
Last Update: Aug 27, 2011 11:06 am
RELATED TOPICS