NATO radar in Turkey operational in 2011 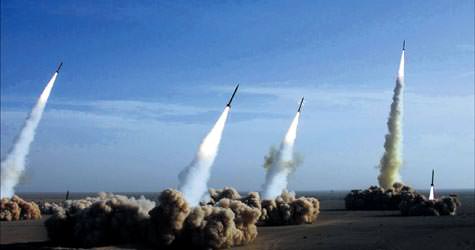 A NATO early-warning radar system will be deployed in Turkey to help spot missile threats coming from outside Europe, including potentially from Iran, the Turkish and U.S. governments said on Friday.

"Turkey's hosting of this element will constitute our country's contribution to the defense system being developed in the framework of NATO's new strategic concept," the Turkish Foreign Ministry said in a statement.

The radar system was being provided by the United States and will become operational this year, the Pentagon said.

Turkey, with NATO's second biggest military, has a strategic importance to the alliance dating back to its role as a frontline state in the Cold War era.

But its value to NATO has risen as Middle East states with anti-Western policies, like Iran, have developed their missile capabilities.

"It will strengthen NATO's defense capacity and our national defense system," the Turkish statement said.

He said its deployment stemmed from a NATO summit in Lisbon last November at which leaders approved a new mission statement for the Western military alliance, committing among other things to missile defense.

Asked about the radar's potential focus on Iran, Lapan said: "We made no secret of the fact that Iran's missile program is of concern."

"But again the idea is a protective system that would protect those NATO allies from ballistic missile threats emanating outside (Europe), whether they came from a non-state actor -- whatever the source is," he said.

"Turkey's decision will significantly contribute to NATO's capability to provide protection to its European territory, populations and forces," he said in a statement.

In recent years, Turkey has sought stronger ties with fellow Muslim states in the Middle East, including Iran, to rebalance a foreign policy that had previously leaned heavily toward the West. But it has split with Iran recently over Syria's violent crackdown on pro-democracy protests.

Turkey, seen as a bridge between the Middle East and the West, has become increasingly critical of Iranian ally Syria, with Turkish President Abdullah Gul saying he had lost confidence in the country.

Turkey has also sought stronger ties with Russia, which has said a NATO missile defense system could threaten its security if it develops the capability to down Russian nuclear missiles.

Still, Russia's NATO envoy said a radar system in Turkey would not threaten Russian security. But he reiterated accusations that the United States is pushing ahead with its plans for a missile shield despite promises to cooperate with Moscow.

The Kremlin is demanding a role in a joint system or binding guarantees that Russia would not be targeted.

"According to Russian military experts, the deployment of a radar in Turkey is not a direct threat to Russia's strategic nuclear forces," the Interfax news agency quoted Russia's NATO envoy, Dmitry Rogozin, as saying.