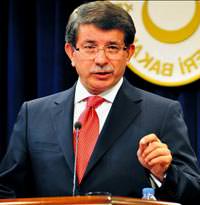 Turkey said on Friday it will seek to prosecute all Israelis responsible for crimes committed during an Israeli raid on a ship bound for the Gaza Strip that killed nine Turks in May 2010.

"Turkey will take legal actions against the Israeli soldiers and all other officials responsible for the crimes committed and pursue the matter resolutely," Turkey's embassy in Washington said in a statement.

The threat follows a U.N. report that confirmed the legality of Israel's naval blockade of Gaza but said Israel had used unreasonable force in the raid. Both Turkey and Israel disputed some of the conclusions of the so-called Palmer Report.

The names of the Israeli marines involved in the raid have not been released, so only ranking commanders overseeing the operation could be identified if Turkey follows through with the legal action.

The full text of the U.N. report, which was leaked on Thursday, was delivered to Secretary-General Ban Ki-moon's office on Friday and will soon be officially published, U.N. spokesman Eduardo del Buey told reporters.

Del Buey would not comment on the contents of the report before its official release, though he said one purpose of setting up the U.N. inquiry headed by former New Zealand Prime Minister Geoffrey Palmer was to bring Israel and Turkey closer together.

However, Turkey's expulsion of Israeli diplomats and determination to pursue legal action suggested that the Palmer Report has only deepened the divide between Ankara and its one-time ally.

"Turkey challenges certain conclusions of the Palmer Report, which we believe will not serve the goal of stability and peace, particularly in our region," Turkey's embassy said.

"Turkey also reaffirms that relations between Turkey and Israel will not normalize as long as Israel does not apologize and refuses to pay compensation for what it has done."

The statement reiterated Ankara's view that the Israeli blockade of Gaza was illegal.

Israel rejects the conclusion that the Israeli military used excessive force during the raid on the Mavi Marmara, the largest in a flotilla of six ships that the crew said were delivering aid to Palestinians in Gaza.

The report's release had been delayed repeatedly to allow for ultimately fruitless rapprochement talks between Israel and Turkey, whose relations were chilled by the incident on May 31 last year.

The report was originally expected to be completed in February. But Turkey and Israel were never able to agree on what happened and what the conclusions of the report should be, diplomats and U.N. officials said. As a result, one U.N. official said, the report is not a "consensus document."