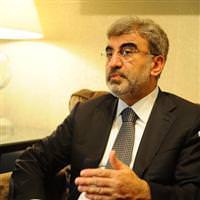 Turkey said on Monday it could provide naval escorts for oil and gas exploration vessels poised to begin work off northern Cyprus, escalating a row over rights to hydrocarbon reserves in the Eastern Mediterranean.

The European Commission called for both sides to show restraint and work to resolve the division of Cyprus, which is represented in the European Union by the internationally recognised Greek Cypriot government.

Turkey, which backs the Turkish Cypriot breakaway state in northern Cyprus and maintains a military presence there, says any natural resources found offshore belong to both communities.

Texas-based Noble Energy holds the exploration concession for a block off southeast Cyprus that lies very close to a gas field in Israeli waters -- thought to be the world's largest find of the last decade.

Noble's Israeli partner, the Delek Group , has an option to participate in the Cypriot project.

In Ankara, Energy Minister Taner Yildiz warned that Turkish exploration vessels would be sent, possibly under naval escort, to drill off northern Cyprus unless the Greek Cypriot government halted Noble's plans to drill for gas.

Turkey has begun flexing its muscles in the region in the wake of Israel's refusal to apologise for the killing of nine Turks last year aboard an aid ship intercepted before it could reach the Palestinian enclave of Gaza.

At a news conference before leaving on a visit to the United States, Erdogan repeated Turkey's opposition to exclusive economic zones agreed by Cyprus and Israel last year.

"We have different approaches to the exclusive economic region that they announced," he said. On this matter, with regard to the military, we will monitor this region with air force, frigates and torpedo boats."

Erdogan said that, in agreement with the Turkish Cypriots, exploration could start off northern Cyprus this week.

"In a very short time, possibly this week, it may happen in this exclusive economic region, we will start," he said.

"Oil exploration platforms would follow, but we don't want it to come to that," he said.

In Nicosia, Cyprus's deputy government spokesman, Christos Christofides, said Turkey's "intransigence" was "preventing a fair and viable solution to the Cyprus problem, while evidently it also expects it can hold hostage the sovereign rights of the Republic of Cyprus, even in its free areas".

Turkish Foreign Minister Ahmet Davutoglu on Sunday decried Cyprus's creation of an exclusive economic zone before reaching a settlement on the reunification of the island.

"We want the Eastern Mediterranean to be a basin of peace, stability and welfare. But if some say 'This is my back garden, I will behave as I wish', then we gain the right to take steps to show that this is not right," he told CNN Turk television.

"One would wish that the Greek Cypriot administration would come to the negotiating table and that we should develop a just peace together instead of making such a challenge."

The dispute could make investors put plans for the Eastern Mediterranean on hold, but Turkey might pay a price in relations with its biggest trading partner, the European Union, Istanbul-based security analyst Gareth Jenkins said.

"The EU has no choice but to fall behind Cyprus. Cyprus has done all it has to do under law," Jenkins said, noting that Cyprus is a signatory to the U.N. Convention on the Law of the Sea and has signed an exclusive economic zone agreement.

Turkey has warned the European Union that it will break off relations with the EU presidency should Cyprus take over the rotating role in the second half of next year.

Cyprus has also stalled Turkey's EU membership negotiations and has warned that it will block Turkey's entry talks if Ankara continues to oppose its exploration plans.

Hugh Pope of the Brussels-based International Crisis Group said the dispute was "another nail in the coffin" for a settlement of the Cyprus dispute.

The United Nations has appealed for a peaceful resolution, saying both sides should benefit from any energy reserves that are found, in the context of a future settlement on the island.