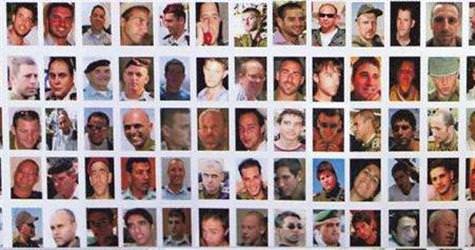 Intelligence units have successfully identified the names of the Israeli soldiers that took part in the Mavi Marmara raid, through the use of social media and images. The individual names on the 174-person schema have been handed over to Prosecutor Mehmet Akif Ekinci.

Important details have been acquired in the investigation into the raid by Israeli soldiers on the Mavi Marmara aid flotilla which was headed for Gaza. Practically each and every name of the soldiers involved in the May 31st, 2010 raid in which Israeli forces killed nine Turks and injured 30 others have been detected by Turkish intelligence.
According to information obtained by SABAH's Special Intelligence Department, when the Israeli government refused to pay heed to the Turkish judiciary's request, Prosecutor Mehmet Akif Ekinci, who is leading the investigation into the ongoings on the Mavi Marmara ship, decided to go about obtaining the necessary information in another manner. Turkish intelligence units proceeded to inspect footage of the Mavi Marmara raid second by second. Later, agents hunted down the commandos on social media sites such as Facebook and Twitter.
SPECIALISTS WELL-VERSED IN HEBREW...
A number of comments written on social media sites between certain soldiers were singled out and taken under close inspection. Specialists that have good command of Hebrew conducted the analysis. Facebook was especially helpful in tracking down additional soldiers involved in the raid through soldiers' friends' lists. The names of the soldiers were verified by Turkish intelligence units through news sources in Israel. Intelligence units also inspected photographs released by the Israeli press of the 13 commandos from the elite Shayatet naval unit. Images of the operation were broken down in order to distinguish the faces of the soldiers involved after which their identity was determined. Names were also provided by the Human Rights and Freedom Humanitarian Aid Foundation (İHH) who were responsible for organizing the Mavi Marmara flotilla. Out of the 174 individuals claimed to be involved in the raid, the photographs of 148 individuals have been identified and arranged in a diagram according to chain of command which was then sent to Prosecutor Ekinci. The prosecutor will now send the names of the charted soldiers to Israeli authorities, in order to determine whether or not they were involved in the raid. According to a report prepared by Turkish Intelligence units the number one perpetrator in the incident is none other than Israeli Prime Minister Benjamin Netanyahu. In order for the Prime Minister to order the attack, the Council of Ministers had to rule on the matter. Therefore every single minister on the Council of Ministers is also responsible for giving the order. Israeli Foreign Affairs Minister Avigdor Lieberman and Minister of Defense Ehud Barak are being held especially responsible. The diagram however solely contains members of the Israeli military involved in the raid.