A sniper from Chechnya caught red-handed 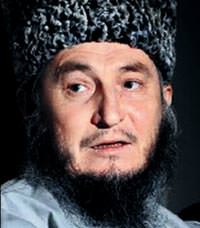 After reeling from the shock of the recent murder of three Chechens, the day prior, a hit man entered the home of Chechnya’s former shaykh al-islam Şemseddin Batukaev in Zeytinburnu with intentions to kill.

While the September 16th murder of three Chechens in Istanbul is still fresh on our minds, another attempt to kill a very significant Chechen figure in Zeytinburnu was thwarted at the last minute.
It was the close attention paid by Batukaev's security detail that saved his life and resulted in the apprehension of the man who was trying to kill him. According to allegations, the order for the assassination was given by Chechen State Leader Ramzan Kadirov, who is known for harboring close relations with Russia. The 26-year-old hit man, named Barhram Batumaev arrived to Şemseddin Batukaev's residence in Zeytinburnu on October 7th. Requesting help, he was welcomed by Batukaev, considered to be the Chechens' religious leader in Turkey and entered the flat. Once there, he requested to use the lavatory. The Chechen security guards became suspicious of sounds they heard from inside the restroom and when Batukaev exited they realized he had a gun at his waist. The two Chechen security guards defused the hit man, who was not only carrying a gun with a silencer, but also had a Russian passport in his name.
HANDED OVER TO POLICE
Barhram Batumaev was eventually handed over to police where he was questioned by the Istanbul Homicide Department. Batumaev claimed that he was highly influenced by Uvays Ahmadov and explained that the weapon had been brought to him by an individual with an Islamic name who pulled up in a white Mercedes. A number of phone calls were detected to have transpired between Batumaev and Uvays Ahmadov and an assassination plan and map of Natukaev's residence were confiscated from a search of the perpetrator's hotel room in Zeytinburnu. Police have initiated a wide spread investigation into the event, while Uvays Ahmadov was taken into custody from his home in Başakşehir. Şemseddin Batukaev also provided a statement as did the two Chechen security guards who apprehended the hit man. İMKANDER Chairman Murat Özer issued a statement that Chechens are not sufficiently protected in Turkey and has requested security to be increased in predominantly Chechen residential areas.
WHO IS ŞEMSEDDİN BATUKAEV?
The man whose death was supposedly ordered by the Russians, Şemseddin Batukaev, is the international representative of the Caucasus and was the former Chechnya Religious Sharia Chief Justice.
He was born in Kazakhstan in 1956. He migrated to Chechnya in 1960 together with his family. After he completed his high school education in Chechnya, he went on to study architecture and religion in Bukhara and Tashkent. After the first war ended in Chechnya, he served as Chief Justice in Religious court for 4 years. He relocated to Turkey when Chechen State Leader Ramzan Kadirov, who is known for his affiliation with Russia, came to power.
Batukaev explained that he has been the target of the Russian intelligence agency in the past and states, 'We have beat Russia numerous times and we will again today. However we believe that we will not be victorious against Russia due to our own strength but with the power and hand of Allah."