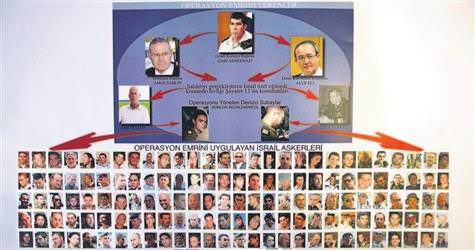 A Turkish prosecutor is seeking the arrest of 174 Israelis allegedly involved in the naval commando raid that killed nine Turks on a ship carrying aid to the Gaza Strip last year, broadcaster CNN Turk reported on Wednesday.

Ties between the two regional powers have deteriorated sharply since IDF naval commandos raided the Mavi Marmara in May 2010.

Istanbul state prosecutor Mehmet Akif Ekinci has written to the Justice Ministry calling for the arrest of those who carried out the raid and those who ordered it.

Turkey has previously said it will seek to prosecute all Israelis responsible for crimes committed during the May 2010 raid.

The names of the Israeli marines involved in the raid have not been released. The prosecutor had previously written to Israel seeking the names of those involved but had received no answer.

Turkish-Israeli tensions have continued to escalate since then, with Prime Minister Tayyip Erdogan saying last month Turkish warships could be sent to the Eastern Mediterranean at any time and Israel could not do whatever it wants there.

Turkey downgraded diplomatic ties with Israel and halted defence trade after the Jewish state confirmed last month it would not apologise for the Mavi Marmara raid.